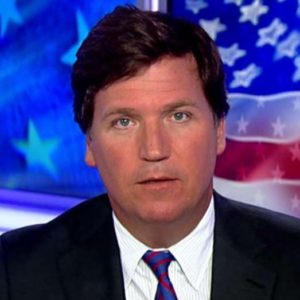 Carlson, host of the “Tucker Carlson Tonight” show on Fox News, last month declared, “In the new Democratic Party, race means everything. Democrats attack each other as bigots. This is the modern Democratic Party: All race, all the time.”

Cheney, the Republican congresswoman from Wyoming, appeared on CBS’ “Face the Nation” last month and proclaimed, “Some of the candidates who are running for president on the Democratic side fundamentally believe in policies that are dangerous for this nation. And as Republicans, we are going to fight against those even if the mainstream media accuses us of racism when we do that.”

So the gauntlet has landed; the rules of engagement have been set.

Carlson essentially mocked the Democratic Party as race-obsessive with a one-track mind; Cheney announced to the world that Republicans will maintain their agenda regardless of attacks accusing them of racism.

Both basically are saying: Call conservatives racist, OK, so what.

Carlson often reserves an entire show for discussions on the so-called buzz words, “racist” and “racists” and “racism.” Call it the “R-Word Trifecta.” And he often ridicules the usage of that word trio. As if he sometimes seems to revel in himself or conservatives being labeled “racist.”

It’s obvious that Carlson believes Democrats love to use the terms “racist” and “racism” as a scare tactic toward conservatives. Just as Clint Eastwood famously blurted, “Go ahead, make my day,” in his “Dirty Harry” films. Carlson appears to transmit a vibe that goes, “Go ahead, call me racist; I don’t care.”

All of this appears to be part of what we will classify as the “Great Conservative Racism Dilution Plan.”

And therein lies the latest question: In the wake of the pro-right, anti-Hispanic, anti-immigration, anti-“invasion,” pro-Donald Trump ramblings of a screed penned by the El Paso, Texas, mass shooter, Patrick Crusius, how do conservatives tread regarding the “R-Word Trifecta”? Especially those who appear on Carlson’s show and Fox, prominent conservatives such as Mike Huckabee and David Webb, both of whom have often voiced the belief that the word “racism” is an overrated term.

Well, some conservatives re-evaluating the “R-word” may have been possible until the Dayton Massacre, which occurred a mere 13 hours after the El Paso massacre.

Let’s be real: Connor Betts, the Dayton mass shooter, may have provided cover for those engaged in deep conservative thought. According to his background check conducted by police investigators, Betts’ deep-rooted ideology appeared to be polar opposite of Crusius.

So, we are left with two mass shooters — one apparently right wing, one left wing. Their common bond: They like to shoot people en masse with huge, loud guns that can create bloody mayhem in mere seconds.

Because of the divergent writings of the two gunmen, some conservatives surely will say critics cannot blame all “racism” and mass shootings on Trump, who creates chaos with his incendiary Twitter postings. Betts gave conservatives the opportunity to talk karma — what goes around, comes around.

This groundswell of labeling actions or words as “racist” went into overdrive when Trump used Twitter on July 14 to demand that four media-magnet, super-progressive Democratic congresswomen of color return to countries not named the United States.

Trump’s tweets on this matter, of course, created a national firestorm. And the after-effects have permeated the fabric of American society and were the source of much discussion during the recent Democratic debates.

All of this probably means the conservatives’ devaluation of the “R-Word Trifecta” probably will continue unabated. In other words, aid and abet the Democrats into using the “race” terms so frequently that the words lose their sting, their impact. Continue to badger the Democrats by calling them the party of “identity politics” — meaning they define everyone by either “race” or gender.

To the point that conservatives being labeled as “racist” is tantamount to the word-user just simply whistling into the wind. In addition to “Make America Great Again,” also “Make America Numb Again” … to the “R-Word Trifecta.”

This strategy appears akin to black gangsta rappers spouting the “N-word.” They use the racial slur so often in their lyrics that some fans don’t even think about it anymore. With no critical analysis of the situation at all.

And some young black folk who take their cues from rappers often use the word in a most reflexive sense. Like the blinking of the eye. Some simply don’t care, regardless of whether the slur is problematic. The bottom line is that the usage of the “N-word” doesn’t even register anymore in some circles of the black community.

Similarly, for some in the conservative genre, the words “racist/racists/racism” don’t even nudge a ripple in today’s polarizing waters.