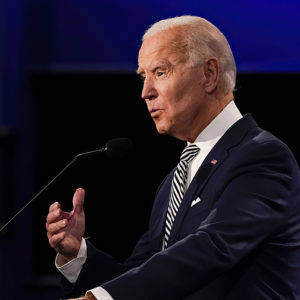 The Great Issues Were Not Raised In This Campaign

“Can’t Anybody Here Play This Game?” was the title of a 1963 book by Jimmy Breslin about the disastrous first year of the New York Mets, an expansion team. It’s attributed to the team’s manager Casey Stengel.

The game is governance; the campaign, the run-up. And nobody seems to know how to play this game. The questions that should’ve been raised and answered were neither raised nor answered.

Some unheard and unanswered questions:

—  How will you rebuild our stature abroad, restore America to global leadership and moral authority?

—  What will you do if the pandemic hangs on for years? How will you place the millions whose jobs were lost through the pandemic in work?

—  How will you fix our ailing school system with its disastrous weaknesses exposed by COVID-19?

—  The healthcare system is stretched to breaking under the pandemic with or without Obamacare. What is your plan?

—  If the climate change-induced sea level rise accelerates, how will you deal with cities that appear in danger, including New York, Boston, New Orleans and San Francisco?

—  One of the rationales for the U.S.-Mexico border wall was to reduce the influx of drugs. Now, with the advent of drones, we may have a new drug smuggling crisis. What is your plan to combat it?

—  States depend on gasoline and cigarette taxes, but electric vehicles are pushing out gasoline taxes and cigarette smoking is in steep decline. How do you see these tax streams being replaced?

—  What will you do if China invades Taiwan?

—  What will you do if China bars U.S. shipping from traversing the South China Sea?

—   The population of Africa is set to double every quarter century. Already there is almost universal unemployment, what should the United States do to help?

—   Jobs are being eaten up by AI and other technologies. While those enthralled with these job-subtracting technologies point to the history of the Industrial Revolution, this may be different. What should be done?

Just think of anything to do with the future and a gusher of questions erupts, but no answers have been heard, or few at best.

President Trump, it seems, will offer us more government as demolition derby, but wilder than in the first four years. We’ve gotten a shower of hopes, fanciful and improbable.

When it comes to the overhanging crisis of today, the pandemic, he is like King Canute commanding the waves to retreat.

From his opponent, former Vice President Joe Biden, we are to get what?

Decency, character? Like all candidates, he’s told us he’ll fix everything. But how remains obscured from us, and quite possibly from himself.

On the evening of April 7, 1775, Samuel Johnson, the sage and lexicographer, told us that patriotism was the last refuge of the scoundrel.

That is a truth that Trump — who probably doesn’t know who Johnson was — has exploited as his own. He would undo the things we should be proud of in the world, like human rights, and get away with it because he wraps himself in the flag like Linus in his blanket.

Those who’ll vote for Biden will vote for a man who is old in years and old in ideas. If he wins, his supporters can trade fear for apprehension.

As we face the most momentous challenges the world has ever borne — international upheaval, a lingering pandemic and climate change — we’ve gone through a presidential campaign where the issues were shelved for repetitive nothingness.

We haven’t been lifted by high rhetoric nor inspired by blinding vision.

The global upheaval triggered by disease, nation realignment and technology will have to await the judgment of those who whisper into the ears of presidents, when they, the candidates, have none, as now.