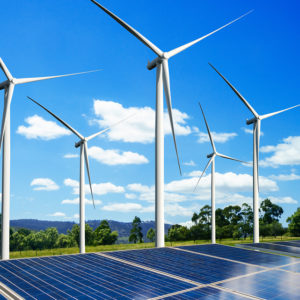 According to the polls, Americans like politically correct electricity.

But when theory becomes reality, they like wildlife, scenic vistas, and property values more.

Wind and solar are unreliable and diffuse sources of “energy.” The only reason breezes and sunshine add more than a smattering of electrons to America’s grid is government. R&D, production tax credits, “renewable portfolio standards” — in the history of the country, no “industry” has received greater goodies from towns, cities, counties, states, and D.C.

Yet in 2020, not even a fifth of America’s electricity demand will be supplied by wind and solar. That means a great many turbines and panels are waiting in the on-deck circle, if the goals set by activists, pols, and virtue-signaling utilities are to be achieved.

“Renewables, Land Use, and Local Opposition in the United States,” just issued by the Brookings Institution, acknowledges an uncomfortable truth that few climate fabulists are willing to face.

“Production of fossil fuels for electricity generation,” Samantha Gross writes, “mainly coal and natural gas, generally happens away from population centers. The fuel is then transported to generation plants that tend to be large facilities located away from most of the population.” In contrast, with an “electricity system based on renewables, the fuel can’t be transported. … By their nature, renewable electricity systems will be more widely-distributed [sic] geographically, with an extensive transmission system to move power to where it is needed. The expanding land needs of a renewable energy system raise concerns about ‘energy sprawl.’”

Gross dutifully cites the Cape Wind debacle, in which a proposal to erect wind turbines in Nantucket Sound was torpedoed. (“Environmentalist” Robert F. Kennedy, Jr. was a foe.) She tosses in several other examples, such as a “solar farm in Virginia” that’s drawn the ire of “locals concerned about the development reducing property values and ruining the rural character of the area,” and the nixing of a wind “project in Kansas, the U.S. state that gets the highest proportion of its power from wind, at 36%.”

Gross could have — quite easily — doubled or tripled her anecdotes, with a few minutes on Google:

Gross concludes her paper with admirable, if unconvincing, advice for promoters of “carbon-free” power. Wind and solar firms “need to engage in serious public consultation to get buy-in,” and “[r]enewable development can be focused on … brownfields or degraded agricultural land.” Such approaches promise scant relief.

Greenies, get used to being hoist with your own land-use petards. You helped make America a NIMBY nation. Now you’re learning how the rest of us feel.