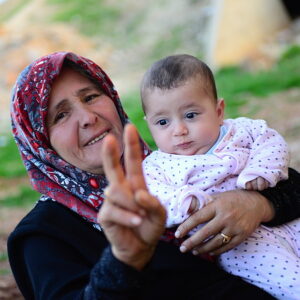 The Green Idlib Council: A New Model for Political Solutions

U.S. Secretary of Defense Lloyd Austin, Chairman of the Joint Chiefs of Staff Mark Milley, and CENTCOM Commander Kenneth McKenzie recently finished days of testimony in front of the Senate and House Armed Services Committees and the American people. Congressmen and senators alike followed a familiar pattern of demanding answers to curated questions.

Despite these maneuvers, it was clear to everyone – we lost in Afghanistan and the people in that room were responsible. After 20 years, it was obvious that elected officials and military officers were consumed with process over results. Questions ranged from “Can we still utilize over-the-horizon capability to kill Al-Qaeda?” to “How many troops did you recommend we keep in Afghanistan?”

The question not asked was how the Taliban were able to not only survive, but grow in influence over the past two decades.

American leaders, both civilian and military, endlessly boast about our extensive “toolbox.” Unfortunately, they seldom choose any solution that is not simply weapons, troops, or money. Digging into this so-called toolbox is not something careerists are likely to do. If they did, they would discover a shiny, never-before-used tool – good local governance.

The current administration is actively shaping its Syria policy and has indicated U.S. forces will be staying. The State Department is focused on crafting a policy that fits within the construct of U.N. Resolution 2254, the only internationally backed plan for resolving the Syrian conflict. Lost in the military panning and the numerous pages of resolutions is any talk of how to make this work for the Syrian people.

U.N. Resolution 2254 was drafted during the Obama administration, and while it may have been well-intentioned, we must recognize that international nation-state participation through the U.N. does not ensure local governing legitimacy. Our involvement in Afghanistan proved that. We focused on a top-down, internationally sanctioned centralized government in Kabul when we should have instead been supporting the creation of local political structures.

Based on the recent proposal put forward by the Jordanian government during a meeting with President Joe Biden, America’s longtime Middle Eastern ally is seeking international compromise in Syria. Jordan is hoping to pitch an agreement between a group of nation states and the Russians, ultimately bringing together Assad and the Syrian Opposition Coalition to create a centralized government for Syria.

However, that will likely fail because it is not a bottom-up approach to governance. It is the same unsuccessful political solution attempted in Iraq and Afghanistan. International organizations, political elites, NGO funding, and military leaders cannot create a sustainable government if it does not include participation by and address the needs of the governed.

During a recent trip to Northeast Syria, I met with the commander of the Northern Brigade, Abu Omar al-Idlibi. He welcomed me to his camp and shared his story.

Abu Omar never wanted to carry a gun or become a military commander, but he was left no choice when the Assad regime viciously attacked his village and indiscriminately killed civilians. He and his people were forced to fight back, and eventually had to flee their war-torn region of Idlib. Like many Syrians who have experienced the horrors of the Assad regime firsthand, Abu Omar has a dream of one day returning to Idlib.

He, along with 20,000 people from his village, know that in order to return home they will need to put a viable political solution in place. To that end, they have created a democratically focused solution: The Green Idlib Council (GIC).

The GIC consists of a civil administration including executive, judicial, and legislative council, and it embodies everything U.N. Resolution 2254 calls for. But unlike a lifeless U.N. resolution, it is a vibrant, real-world effort born out of the aspirations of the people of Idlib.

As Jordan and the international community seek to negotiate a future government for Syria, the U.S. must insist that GIC and similar political structures like the Autonomous Administration of North and East Syria are included in these discussions. Policymakers need to stop reaching for the same set of failed solutions. They need to step back and utilize the only tool that will get the job done – effective local governance.