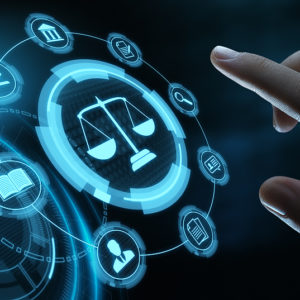 Civil libertarians have long exerted outsized influence over the Internet’s public square. John Perry Barlow, the erstwhile Grateful Dead lyricist and cofounder of the Electronic Freedom Foundation, spoke for many of them in the mid-1990s when he addressed the world’s governments in an almost farcical “Declaration of the Independence of Cyberspace,” arguing, “We must declare our virtual selves immune to your sovereignty.”

Subsequent pronouncements have been more prosaic, but no less focused on individual rights: The Obama administration unveiled a “Consumer Privacy Bill of Rights” with “reasonable limits on the personal data that companies collect.” Congressional leaders later proposed an “Internet Bill of Rights” with rights to universal web access, net neutrality, and transparency in the scope of data use. And now the Biden administration is developing a “bill of rights for an AI-powered world,” to “clarify the rights and freedoms we expect data-driven technologies to respect.”

Glaringly absent in these calls for individual rights and freedoms have been any real consideration of communal responsibilities. To bridge the gap, we hereby propose a Bill of Responsibilities for the Internet:

Internet rights advocates seldom ask why so many Internet services and apps are free—from the most powerful information search and retrieval tools in history to video chat platforms that take the place of expensive long-distance calls. The answer is advertising. But if we use ad blockers or other technologies to reduce the value companies create when we use their services, we are getting something for nothing and expecting others to foot the bill.

A rights-oriented approach to the Internet doesn’t just make free-riding behavior seem noble, it also aims to minimize data collection and sharing. Yet, society has a clear interest in improving human health and health care, and the pace of progress on both will slow down unless a significant share of personal health data is shared and analyzed for medical research purposes. It can be done in ways that protect privacy—and we all should opt-in.

There has been much hue and cry about net neutrality as a core human right. But the Internet is not and never was neutral the way the circuit-switched telephone network was. For low-latency applications such as video calls to work effectively, some digital packets need to be prioritized over others, such as email. Moreover, certain types of content should be blocked, such as malware and child pornography. At times, companies may need to scan unencrypted data to thwart bad actors. That is a good thing.

The Fourth Amendment of the Constitution bans the government from conducting unreasonable searches and seizures. It does not ban the government from accessing all data. There are very legitimate reasons for authorities to collect data, including to prosecute criminals and prevent terrorism.

The internet gives users unprecedented freedom to communicate with large audiences around the world. But while some speech can and should be illegal (such as child pornography and posting content in violation of copyright), other speech that may be lawful is nonetheless harmful, such as disinformation, bullying, and hate speech. While Internet platforms can and should moderate some of this user-generated content, the responsibility ultimately rests with us to ensure that online speech, however imperfect, reflects society as we wish it to be.

The collective security of the Internet depends on everyone doing their part. For example, many data breaches and phishing attacks can be thwarted by using secure credentials and avoiding suspicious emails. When users fail to take appropriate measures, the damage often extends to others, as with ransomware attacks. Tocqueville’s “principle of self-interest rightly understood” dictates that we exhibit, in small daily acts, “habits of regularity, temperance, moderation, foresight, [and] self-command.”