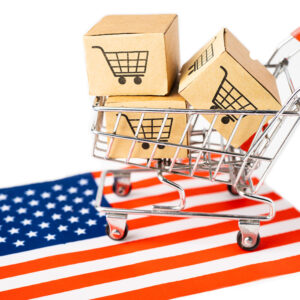 The ITC Is Being Pressured To Subvert Free Trade, Competition, and Innovation

It played out again: A U.S. government agency that is supposed to facilitate international trade was asked to advance the special interests of a single company, posing potentially serious consequences for U.S. competitiveness, consumers, and even national security.

The ITC is an independent agency that serves an international trade monitoring and compliance function to ensure that U.S. interests are not being harmed by foreign players’ unfair trade practices. Its purview, under Section 337 of U.S. trade statutes, includes addressing situations in which imported products violate the intellectual property rights of U.S. domestic companies.

The problem is that Ericsson was exploiting the ITC to cripple a competitor. This is naked protectionism. In federal court, IP disputes are adjudicated and monetary damages, if any, are awarded to victims in accordance with due processes of law. The ITC, on the other hand, has only a single, drastic remedy at its disposal: closing the entire U.S. market to products found in violation of Section 337.

Enlisting the ITC has become a clever but trade-distorting tactic of “patent trolls.” Patent trolls do not manufacture products, expand consumers’ choices, or contribute to innovation. Their goal is to cash in by suing companies relying on technologies possibly infringing the patents they have acquired. By seeking exclusion orders at the ITC, trolls expect better odds of favorable out-of-court settlements and more generous financial payoffs.

The implications of Ericsson’s use of the same tactic could be profound. If an exclusion order is granted, consumers will face higher prices and have fewer choices. If Samsung’s popular mobile devices are effectively put on the shelf for an extended period, small businesses, educators and students, healthcare providers, job seekers, and average consumers surely will be disrupted.

An exclusion order affecting Samsung’s 5G network technology could have especially dire consequences. Widespread adoption of that technology is deemed critical by some for American economic leadership and competitiveness. 5G will be integral to the success of businesses small and large, first responders, and to all Americans’ full participation in today’s hyperconnected world.

For the U.S. to succeed and lead in the transition to 5G, all trusted companies with the capabilities of developing and deploying the needed infrastructure and devices should be able to compete freely.

Taking Samsung out of the game now also would create an opportunity for ZTE and Huawei, two tech companies accused of coding software to assist the Chinese government with commercial and security espionage. The international trade playing field cannot be tilted in one direction without tilting it another.

As expected, the Samsung-Ericsson IP dispute settled out of court in early May (terms undisclosed). But what goes around, comes around: In April, Dutch telecom company KPN NV filed a patent-infringement complaint against Ericsson in the same Texas district court. Depending on how settlement discussions proceed, Ericsson could find itself in front of the ITC.

Ericsson’s bullet seems to have been dodged for the time being, but we should not be complacent. Its case against Samsung illustrates how the ITC can be highjacked by patent trolls and even seemingly respectable, large companies for far too long.

Given that an exclusion order against Samsung or another key player in the global technology sector could create serious damage, the time is ripe for the ITC to reaffirm its mission of ensuring the free flow of commerce across borders. It also is important to recognize that broader public interests are being harmed by private actors taking advantage of legal and regulatory processes for their own gain. We call that rent-seeking.