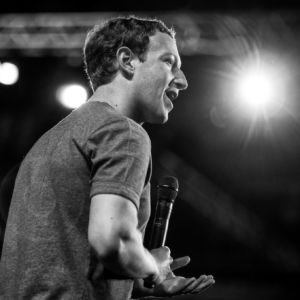 There’s a fair amount for liberals to like about Mark Zuckerberg.

Even beyond founding Facebook, which 1.6 billion people of all political stripes now enjoy, the tech titan started a lobbying group for immigration reform, participated in a San Francisco gay pride parade and reprimanded employees who wrote “All Lives Matter” over “Black Lives Matter” on the so-called free speech walls at his company headquarters. The 31-year-old CEO doesn’t talk politics publicly, but there’s ample evidence he leans left, at least on social issues.

Yet in spite of that evidence — and notwithstanding new allegations that Facebook suppressed conservative news in its Trending Topics section — Zuckerberg has actually taken flak from prominent progressives over the years. They’ve criticized his support for Republican politicians, his indirect aiding of conservative causes and especially his massive financing of controversial education policies. If nothing else, it’s history that complicates the political profile of this iconic and influential billionaire businessman.

Zuckerberg held his first-ever political fundraiser for a Republican, New Jersey Gov. Chris Christie, in 2013. He also raised money that year for Democrat Cory Booker, then the mayor of Newark running for Senate. All three men worked together on a plan to reform Newark’s troubled public schools. Zuckerberg poured $100 million into the project, but it ultimately yielded no significant improvement and was deemed a failure by analysts across the ideological spectrum. This was particularly frustrating to left-wing education activists like Diane Ravitch, who have consistently criticized Zuckerberg for backing initiatives like charter schools, which introduce market forces into education, and “accountability” policies like merit pay for teachers tied to student performance on standardized tests, which unions oppose.

The other major Zuckerberg controversy on the left involved his immigration reform group FWD.us. The organization created a subsidiary to lobby Republican lawmakers — certainly not objectionable to progressives — but that group also ran paid ads that “touted the conservative credentials of vulnerable lawmakers” in an attempt to give them political cover.

For its part, FWD.us defended its strategy “to support elected officials across the political spectrum – separately,” saying it “means that we can more effectively communicate with targeted audiences of their constituents,” according to the Washington Post.

Forbes raised the issue of Zuckerberg’s politics again just last month, with a post wondering if he might be gearing up a run for president one day. The piece was prompted by Facebook’s latest proxy statement, which included this language about the CEO’s potential departure from his company: “Zuckerberg’s leave of absence or resignation would not constitute a Voluntary Resignation if it were in connection with his serving in a government position or office.”

For what it’s worth, the idea of a Zuckerberg candidacy already has at least one high-profile booster in Washington. Politico co-founder Jim VandeHei penned a Wall Street Journal column suggesting the CEO might head a new “Innovation Party” in a bid for the White House. The piece didn’t go over well.