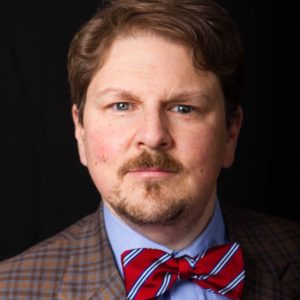 If Donald Trump wins Pennsylvania on Tuesday, it may or may not make him the big winner of the night. But if he wins Pennsylvania, it will undoubtedly make the Trafalgar Group among the most important polling firms in the country.

The Trafalgar Group was the only outfit that called the Keystone State for Trump in 2016, and its most recent poll gives Trump just under a one-point edge heading into the last week of the campaign — Trump’s 48.4 to Biden’s 47.6 percent, with a 2.9 percent margin of error.

But the latest batch of numbers represent a 3-point overall shift from Trafalgar’s poll in the middle of this month showing Biden up by two points.

Besides Pennsylvania, the firm correctly picked Trump as the winner in the swing states of Florida and Michigan in 2016.

Trafalgar says what separates it from other polls is that it employs different techniques to make answering their polls easier and more anonymous.

LISTEN: Robert Cahaly of the Trafalgar Group on the Delaware Valley Journal Podcast.

The second part of that equation is especially important to the group because it believes eliminating a person-to-person conversation dampens the “social desirability bias” — where a person might give the answer they think is more socially acceptable than saying what is truly on their mind.

While the “social desirability bias” might not be that important in most other elections, it’s incredibly important in the presidential, as Trump supporters have long argued there’s a large contingent of voters — “shy” Trumpsters — who support the president but are reluctant to admit it outwardly.

“The number one most likely hidden voter is an upper income woman who has children,” Trafalgar’s chief pollster Robert Cahaly told InsideSources. “That’s the number one person who is going to tell you, they’re not for Trump, who is, that’s our number one, hidden voter.”

Cahaly says older Black men make up the second-largest group of hidden Trump supporters, and says he has seen a large consolidation from that group in just the last two weeks, especially in Pennsylvania and Florida.

“They were watching this debate,” Cahaly said. “And Trump went through a litany of things he did for the Black community. And what they’re telling me is ‘I didn’t believe it. So, I Googled it,’ and then they saw it was real.”

Yet to be so different from the rest of the herd is to attract controversy, which Trafalgar does.

“I really don’t really put much stock in the Trafalgar Group which seems to exist mostly to influence these polling indexes,” the Atlantic’s Ronald Brownstein told Philadelphia-based talk host Michael Smerconish the same day the new Trafalgar numbers came out.

“Political campaigns run on momentum, and all — underline the word ‘all’ about eight times — all the momentum is running in Donald Trump’s direction right now,” Gerow told InsideSources.

“The reason is pretty clear: five events a day is better than hiding in your basement all day,” Gerow added.

At times Biden has tethered himself close to his Delaware headquarters, such as when he campaigned in Chester earlier this week. However, he did travel to Georgia this week and has plans on Friday to visit Iowa, a state Democrats believe they can steal from Trump this year.

Gerow also pointed to a Biden statement on the debate stage when President Trump asked his opponent if he supported closing down the oil and gas industry.

“I would transition from the oil industry, yes,” Biden said.

He later walked that statement back, saying he would seek to make that transition “over time.”

The Trafalgar poll does not indicate a repeat of 2016, according to former Pennsylvania Democratic chairman T.J. Rooney.

“Republicans will tell you that Donald Trump overperforms — this is all based on one election cycle,” Rooney told InsideSources. “They’ve reached these sweeping conclusions that are steeped in history. They’re not.”

“Adjustments were made to how polls are conducted, and you saw polling in 2018 very much reflect the eventual outcome of the election. So, Republicans need to hang their hopes on something, and this is the perfect thing. There are always polls that are outliers. There are always polls that make no sense, neither good or bad. That’s why they’re called outliers, because they’re a one-off.”

Still, among swing states, Pennsylvania does stand out because the polling does remain close, and because both candidates need the 20 Electoral College votes so badly.

The polls have been tighter in Pennsylvania, though,” polling analyst Nate Silver wrote at fivethirtyeight.com.

“Biden’s current lead is just 5.1 points, and in 2016, polls were off by 4.4 points in the Keystone State — Trump won it by 0.7 points after trailing in our final polling average by 3.7 points there. So, with a 2016-style polling error in Pennsylvania, Biden would be cutting it awfully close, perhaps even so close that court rulings on factors like ‘naked ballots’ could swing the outcome.”