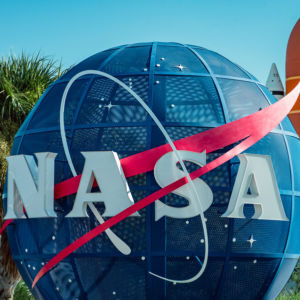 If they did, NASA’s administrator would be in the slammer.

Whether it’s the press releases his agency regularly issues, or the blog entries “he” writes, Bridenstine is responsible for the boast that NASA “will land the first woman and next man on the Moon” by 2024.

No one who has studied America’s manned-spaceflight program to any significant degree believes that NASA will accomplish such a ludicrously ambitious goal. And Bridenstine should stop claiming that it can.

Let’s start with the mega-rocket tasked with getting the federal government back to a place it went to a half-century ago. Last year, NASA’s Office of Inspector General concluded that at “its current rate,” Boeing will spend “at least $8.9 billion through 2021 — double the amount initially planned” on the Space Launch System (SLS). But the booster is well behind schedule. Its “core elements” were to be operational by the end of 2016. It’s now unarguable that SLS’s first liftoff won’t occur until 2021 at the earliest.

As The Washington Post noted, the SLS is the greedy manifestation of a “quartet of powerful senators” from states with NASA centers. Nearly a decade ago, Richard Shelby (R-AL), Bill Nelson (D-FL), Barbara Mikulski (D-MD), and Kay Bailey Hutchison (R-TX) “pushed through legislation mandating construction of a heavy-lift rocket and even dictating how it would be designed, including the use of legacy space shuttle hardware.” Of the four fedpols, only Shelby remains in the Senate. His dedication to SLS — and reelection — has not wavered. The rocket is managed by the Alabama-based Marshall Space Flight Center. Shelby’s words to the facility’s director, at a D.C. luncheon earlier this year: “Jody, you keep doing what you’re doing. We’ll keep funding you.”

And Marshall will keep transferring that funding to SLS’s prime contractor. As impossible as it may be to believe, some of the revenue is devoted to all-is-forgiven freebies. In June, the Government Accountability Office (GAO) revealed that for its SLS work, Boeing has received “about $271 million” in fees “aimed at incentivizing different aspects of contractor performance.”

Orion, the spacecraft slated to ride atop the SLS, has committed similar crimes against the American taxpayer. Lockheed Martin won the contract to develop the capsule more than 13 years ago. Yet Orion has been to space precisely once — without astronauts — and the GAO found that it “is not on schedule to meet the June 2020 launch date for the first mission.” Lockheed Martin, too, has harvested hundreds of millions of dollars in undeserved “award fees.”

Despite the pesky fact that Orion hasn’t transported a single astronaut anywhere — imagine the number of glitches that are sure to pop up if it is ever launched with a crew — NASA’s gone all in on the capsule. A few weeks ago, it purchased “a minimum of six and a maximum of 12 Orion spacecraft, with an ordering period through Sept. 30, 2030.” One guess as to which company won the contract.

“Gateway,” the “small spaceship in orbit around the Moon that will provide access to more of the lunar surface than ever before with living quarters for astronauts, a lab for science and research, ports for visiting spacecraft, and more,” is in a nascent stage. You read that correctly — with 2024 fast approaching, the “home base for astronaut expeditions on the Moon” isn’t even close to completion. Ditto for the vehicle that’s supposed to get astronauts to and from Earth’s natural satellite. On September 30th, NASA solicited “proposals from industry to facilitate the development and demonstration of a Human Landing System … delivering humans to the lunar surface.”

If NASA and its contractor cronies were, somehow, capable of building and operating the equipment needed to return astronauts to the moon by 2024, political reality potentially poses a galaxy-sized obstacle. If Trump is voted out of office in 13 months, it’s likely that that a commission of aerospace graybeards will be appointed to review the federal government’s manned-spaceflight architecture. Prediction: It will find that the current approach is “unsustainable,” with big policy changes needed to reorient toward achievable goals.

The new plan won’t lead to mass NASA layoffs — perish the thought. Grants, contracts, jobs, votes. And very little to show for it all. That’s been the way the nation’s manned-spaceflight program has worked for decades. It’s not changing anytime soon — and certainly not before 2024.