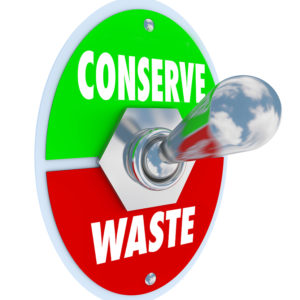 The Market of Conservation Will Prevail

Americans are more concerned than ever about protecting the environment — seven in 10 of us support government action to combat climate change.

But as wildfires roar across Western states, the failure of regulations that make it harder and costlier to protect the environment are becoming increasingly obvious.

Mountains of paperwork making something as simple as clearing fallen trees exceedingly challenging, and regulations that prevent even small, controlled burns from running their course have turned a resilient environment into a tinderbox.

There has to be another way. And, fortunately, there is. We need to change the environment into an asset rather than a liability.

We can do it, too. Moving forward, we need a market-based approach to environmental protection — one that encourages landowners and corporations to proactively protect the environment.

After all, market-based incentives and property rights usually provide better environmental protection at a lower cost than heavy-handed regulation.

As we can tell, traditional environmental regulations frequently lead to undesirable outcomes. This is partly because they’re sent through the political process and, thus, are subject to lobbying, pressure groups and favored treatment for certain districts.

The resulting one-size-fits-all approaches are often costly ways to achieve environmental goals. When politicians dictate how environmental goals must be met, innovation is crushed and information from landowners and companies close to the issues are ignored.

In contrast, property rights make the environment an asset to its owners and encourage stewardship. Relevant parties are assigned rights to environmental aspects ranging from water usage to wildlife habitat to timber harvests — and even rights to pollute — which they can then use or trade.

Allowing the best uses of these rights to be sorted out through environmental markets is a practical way to resolve conflicting demands over the environment and natural resources.

After all, environmental protection naturally follows where private landowners have good reason to pursue public interests.

Market-based incentives and property rights can increase environmental goods and reduce harmful behaviors. For instance, several Western states and some countries use water markets to increase river flows and protect wildlife while treating fairly the farmers on whose land the water flows — and who need that water for agriculture.

Establishing whose rights are whose allows farmers, fishers and conservationists to buy and trade these water rights.

During droughts, water markets incentivize landowners to invest in water-saving technology. In contrast, traditional regulation resorts to irrational subsidizing and rationing of water that nearly guarantees its mismanagement.

For example, after the red cockaded woodpecker was classified as endangered, some landowners destroyed potential habitats to keep the bird off their property. It shouldn’t be this way—finding rare wildlife on one’s land should be more like finding oil and less like finding a sinkhole.

That same principle applies to preserving forests. Granting landowners or timber companies rights to cut trees for timber incentives maintaining and preserving healthy forests. These rights could be traded with conservation groups looking to preserve even more forest. As 56 percent of American forests are privately owned, conservation must make sense for landowners.

Even among policies to reduce emissions and pollution, market-based solutions outperform regulation. Government “cap-and-trade” programs, for instance, lower emissions by setting a cap on emissions and then distributing emissions permits consistent with that cap.

Emitters must have permits for all their emissions. Companies can buy or sell permits, and this market creates a permit price.

Companies that can reduce their emissions at a lower cost than the permit can sell extra permits to companies lagging in emissions reductions. In this way, the cap-and-trade market incentivizes finding the cheapest way to reduce emissions.

Two cap-and-trade programs in the late 1990s and early 2000s come to mind as clear successes.

And, on a smaller scale, southern California’s RECLAIM cap-and-trade program reduced nitrous oxide emissions at about half the cost of traditional regulation.

They got it right. These policies recognized that the best solutions often occur at the local level and that companies know better than far-off regulators how best to reduce their emissions.

The government is in the business of providing vital public services, and that includes a healthy environment. But when the government does step in, it must be in a way that harnesses innovation and incentivizes conservation.

As environmental concerns loom ever larger in public consciousness, it’s time to embrace market-based policies that spur environmental protection today while leaving the flexibility to deal with whatever problems tomorrow brings.

Jakob Puckett is an energy policy analyst and associate contributor for Young Voices. He wrote this for InsideSources.com.