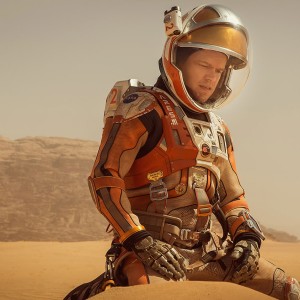 Matt Damon in The Martian
[IS] Opinions

The Martian vs. the FDA on How to Science S#!t.

“I’m gonna science the s#!t out of this planet.” So says the fictional character Mark Watney in the new sci-fi thriller, “The Martian,” which has now grossed a half-billion dollars worldwide. For every conceivable thing that goes wrong on the Red Planet, the botanist astronaut comes up with an answer. It’s a good thing Watney was on Mars, because he would find “sciencing” much more difficult on his home planet.

Some of America’s most famous inventors felt like they also could overcome any odds. Benjamin Franklin invented bifocal glasses and the flexible urinary catheter. Jonas Salk invented the vaccine for Polio, a disease that put President Franklin Roosevelt in a wheelchair. Salk tested it on his own wife and three sons before testing it on the nation in 1954. Then there was Marion Donovan, the daughter of an inventor who grew up with her father’s can-do spirit of solving problems. She invented disposable diapers in 1950. Yet today, they might be classified as class 1 medical devices, like reusable menstrual pads, so she would have to pay a registration fee of $3,313.

We celebrate inventors in this country and even have museums dedicated to them like the National Air and Space Museum and the American History Museum. But at the same time we celebrate them and enjoy all the benefits of modern invention, we impose obstacles that probably would have sunk many of these early inventors. For those who invented drugs or medical devices, the obstacles they face today are mile high mountains when compared to the anthill of just finding a solution for a problem.

If Salk invented a new drug today, he would have had to raise an average of between $500 million to $2 billion, of which most is spent on FDA drug trials. For the one in 5,000 drugs that actually make it to market it takes about 12 years to go from the lab to the drugstore, eight years longer than Salk took for his polio vaccine.

Marion Donovan and Ben Franklin may have had it somewhat better than Salk, but there are still enormous hurdles. For medium- to low-risk devices, it costs an average of $24 million to go through FDA’s process—or about 75 percent of the cost of getting it to market. If Mr. Franklin’s device had been classified as a high-risk catheter, he was looking at more like $75 million to get it through FDA.

We know that tinkerers don’t always get it right the first time, and sometimes even when they do, they still want to improve it. But in today’s FDA world, they would have to reapply all over again if they “significantly change the labeling or otherwise affect any condition of the device.” This means at least a five-month delay and millions more to go through the FDA’s process yet again.

While some of this activity has surely protected us from unsafe drugs and devices, the cost of discouraging would-be inventors is enormous. It’s not just the people who die waiting for an FDA drug to be approved or suffer needlessly while waiting on the FDA to approve a device, it’s all of the drugs and devices that don’t even get started because of the hurdles. If the FDA had its way, no one would ever use a drug or device where doctors stumble upon a new use. At a minimum, the FDA doesn’t allow manufacturers to advertise uses that aren’t on FDA-approved labels.

Our current system isn’t working, and we can do a lot better. Let’s move more toward our European competitors who get a lot of competent private organizations to take care of most of our medical device approvals. We could do the same for drugs as well.

At a time when some areas of science are exploding all around us with new possibilities—nanotechnology, robotics, human genome sequencing, genetic modification, quantum physics, and the Internet of Things—we need something better than a half-century old model of ensuring safety to advance medical care.

If the FDA had been on Mars to regulate Mark Watney, he probably would have just sat there and died.