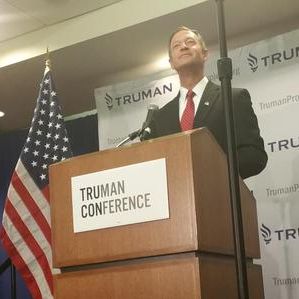 Basically everything else felt insignificant by comparison on what Politico dubbed “one of the most momentous news days and weeks you – or even your children – will ever see.”

Polling showed her in a dead heat with progressive rival Bernie Sanders in New Hampshire.

Meanwhile, Sanders strategist Tad Devine gave an interview about how his candidate won’t “directly criticize or poke at Clinton” and will eschew negative ads.

For his part, Democratic presidential candidate Martin O’Malley did criticize Clinton, albeit indirectly, when he spoke at the Truman National Security Project in Washington Friday morning.

Laying out his foreign policy vision, the former Maryland governor criticized the recent Iraq War, which Clinton voted to authorize as U.S. Senator from New York.

“The invasion of Iraq  — along with the subsequent disbanding of the Iraqi military — will be remembered as one of the most tragic, deceitful and costly blunders in U.S. history,” O’Malley said. “We are still paying the price of a war pursued under false pretenses and acquiesced to, in the words of Dr. King, by the appalling silence of the good.”

O’Malley also raised an issue that many Republicans have attempted to wield as a weapon against Clinton: the 2012 attack on an American diplomatic compound in Benghazi, Libya.

“We must recognize that there are real lessons to be learned from the tragedy in Benghazi: Namely, we need to know in advance who is likely to take power — or vie for it — once a dictator is toppled,” O’Malley said. “Twitter and Facebook are no substitute for personal relationships and human intelligence. We must recruit and retain a new generation of talented American diplomats, and we must give them the tools to identify and engage with a new generation of leaders from different walks of life.”

Saying more must be done to counter propaganda from ISIS, the former governor called the terrorist group “a gang of murderous thugs who have perverted the name of one of the world’s great religions.”

Elsewhere in his speech, he said national security requires comprehensive immigration reform, global action on combat climate change and the fostering of “a rising global middle class free from oppression, want and fear.”

The libertarian Reason Magazine concluded that the speech put O’Malley “firmly in the liberal-interventionist tradition” of foreign policy thought, indicating that he will not be “some sort of radical antiwar insurgent.”

“For a candidate with little direct experience in foreign policy,” Time Magazine noted, the remarks “were a moderate foray into national security issues in a Democratic primary that has largely been defined by economic questions.”