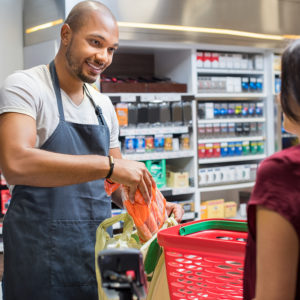 The Moderate’s Case for a Maximum Wage

For the first time since the Occupy movement shoved inequality onto the national stage in 2011, Democrats in Congress have enough heft in Congress to force floor debates on proposals that meaningfully target that inequality — and narrow the gap between America’s rich and everyone else.

Could any of these proposals actually ever pass the House? That will depend on whether the chamber’s “moderate” Democrats take their moderation seriously.

Serious moderates value moderation in all things. Excess in anything, real moderates believe, does us no good. They understand that no decent society can survive without limits.

We need these limits on everything. Even income. Especially income.

In 2017, CEOs at at least 21 U.S. corporations pocketed more than 1,000 times the pay of their most typical workers. That means at companies like Mattel and McDonald’s, workers would have to labor well over a millennium to earn as much as their boss made for a single year.

Self-styled “moderates” decry such misbehavior. Yet they often see any limit on the paychecks that incentivize that misbehavior as much too radical.

But why? Most of us would agree that social decency demands a minimum wage, which is a limit on the bottom end of the pay scale. Why shouldn’t that decency also demand a maximum wage, a limit on the top, as well?

America’s lawmakers didn’t give Roosevelt his income limit. But they came close. For most of the next two decades, income in excess of  $200,000 faced a tax rate that hovered around 90 percent. Overall inequality in the United States plummeted.

By the 1960s, America’s few remaining great fortunes, the New Yorker writer Kenneth Lamott observed, had the same long-range prospects as “sand castles that stand against an incoming tide.” It seemed like the moderates had won.

But the wealthy pushed back against that tide.

Every percentage point the rich could pound off the 91 percent top rate of the Eisenhower years, they calculated, would put thousands of extra dollars in their pockets. So they pounded. By 1986, America’s top tax rate had dropped to 28 percent. The current top rate is at 37 percent, but the latest loopholes, enacted this past December, bring the effective top rate far lower.

Tax rates in other industrial societies have followed the same trajectory. No nation has been able to sustain high tax rates on income above a specified high point.

But what if we made our income gap, not a set income level, our taxing point of reference? What if FDR’s 100 percent top tax rate — or Ike’s 91 percent — kicked in instead at some modest multiple of our minimum wage?

A “cap the gap” approach along these lines would give the richest Americans a direct personal stake in the well-being of the poorest — since the after-tax incomes of our wealthy would rise only if the incomes of our poor rose first.

We would have, in effect, the beginnings of a new economy based more on solidarity than exploitation.

Work on the infrastructure for this new economy has already begun. Federal Securities and Exchange Commission regulations now require major U.S. corporations to annually disclose the ratio between their CEO and typical worker compensation.

One city — Portland, Oregon — has begun placing consequences on these disclosures. Corporations doing business in Portland must now pay a city business tax at a higher rate if their CEO pay outpaces worker pay by over 100 times.

Lawmakers in five states have introduced pay-ratio legislation along Portland lines, and similar bills have begun to percolate in Congress. The underlying thrust: Let’s deny government contracts, subsidies and tax breaks to corporations that pay their top executives immoderately more than their workers.

An eminently moderate idea. Democrats in Congress should take note.

Sam Pizzigati, an Institute for Policy Studies associate fellow, is the author of “The Case for a Maximum Wage.” He wrote this for InsideSources.com.