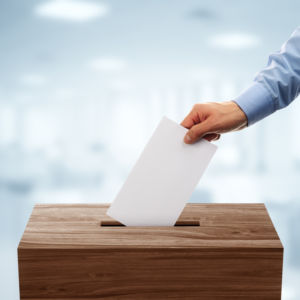 The Myth of ‘Voter Suppression’

It has never been easier to register to vote — or to vote — in America. But you’d never know it if you listened to all the cries about “voter suppression.”

You could search long and hard in the lawbooks containing the United States Code and nowhere will you find one single law that mentions voter suppression. That’s because voter suppression is a myth. It is a term made up to smear perfectly legal activities — like voter ID laws — by suggesting it is illegal.

This election year when you hear someone use the term voter suppression, pay attention. The user almost always has an agenda. Sometimes they want to scare minority voters into believing Jim Crow is returning. Other times they want to criticize perfectly legal practices that have protected the integrity of our elections — like registering to vote, in-precinct voting or citizenship verification.

Sore losers will use the term voter suppression to suggest election losses are caused by conspiracies.

The latest example comes from Rep. Alexandria Ocasio-Cortez (D-N.Y.). In an interview with Brett Baier on Fox News, she blamed presidential candidate Bernie Sanders’ loss in Michigan on voter suppression. Long lines in Michigan, the congresswoman said, were an attempt to harm Sanders.

The congresswoman’s charge is most curious considering that Michigan has one of the most left-wing secretaries of state in the country. Secretary of State Jocelyn Benson is considered a rock star by the crowd that complains about voter suppression. If there was any state where the phenomena should not occur, it is in Benson’s Michigan.

Not to mention that Michigan Democrats set a new turnout record in the state’s primary: 1.6 million votes, nearly 380,000 more than four years ago. If there was voter suppression as Rep. Ocasio-Cortez claims, it failed. Miserably.

The truth is that sometimes elections don’t run as smoothly as they should. That doesn’t mean there is a suppression plot or a deliberate effort to deny the right to vote.

All of this brings us to a teaching moment about language and the law of elections. The correct terms for suppression are “voter intimidation” or “vote denial.” Both are illegal.

Vote denial on the basis of race is illegal under the Voting Rights Act. It is what Mississippi election officials did back in the 1950s and, believe it or not, as recently as 2005.

In the case of United States v. Ike Brown, a case I litigated when I was an attorney at the U.S. Department of Justice, election officials refused to count absentee ballots of some voters on the basis of race. In this case, the victims were white and the election officials were African American, showing that vote deniers can come in many forms.

Voter intimidation is also illegal under the Voting Rights Act. That means you can’t — for example — stand in front of a polling place wearing the uniform of a hate group, carry a weapon or shout racial slurs at people entering the polls.

Voter suppression, however, isn’t illegal. It is a term that seeks to blur the line between the legal and illegal in order to taint and smear Constitutionally protected activity, or perfectly legal state laws.

Polls show the real concern most Americans have about our elections is voter fraud. A Hill-HarrisX poll shows that voter fraud was the top fear of Republicans, Democrats and independents alike. So-called voter suppression didn’t even come in second or third in the poll.

Ironically, some forms of alleged voter suppression are actually the fix for other forms. Take long lines. Voter ID and electronic pollbooks are the fix. Voter ID speeds lines because election officials can swiftly check in voters. States without voter ID have a slower, more cumbersome check-in process.

Voter suppression is the goblin of the 2020 election. It sounds really scary, but it doesn’t really exist.

J. Christian Adams is the President and General Counsel for the Public Interest Legal Foundation and a former Justice Department lawyer. He also served on the Presidential Advisory Commission for Election Integrity.