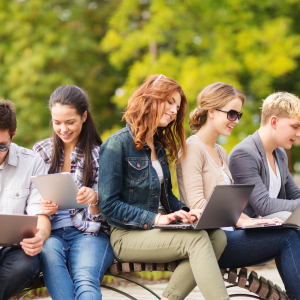 A new triumvirate of modern life seems to have been developed by certain policy advocates. They recently were joined by President Obama, who now has announced his enthusiastic support for having the Federal Communications Commission (FCC) regulate the Internet as a public utility. In his view, broadband should receive the same regulatory treatment as other “necessities” that are classified as public utilities, such as electricity and running water.

The more this analogy is raised, however, the more it obscures a fundamental problem and a corresponding public policy challenge. This is because the United States, like other leading countries, largely has made broadband deployment of all types virtually ubiquitous, just like electricity and running water. According to the National Broadband Map, broadband service already is available in areas where 98 percent of Americans live.

But unlike these vital resources, and as important as efficient online access is to education, employment, shopping or access to government services, there still remains a substantial proportion of our population that just doesn’t want to be connected. According to the International Telecommunication Union, despite the growth of US broadband use soaring over 1,600 percent between 2000 and 2011, home Internet use rose only 71 percent over that same time period.

Given the importance of having Internet access to make us healthier, happier and more productive, it seems puzzling why this is the case.  According to these same advocates, it’s probably because those who do not actually purchase broadband at home when it is made available to them do so because it’s just too expensive. This line of reasoning then leads back to the public utility analogy, arguing that such a regime would be more favorable to ensure that the prices for broadband service are set by government rather than the marketplace (setting aside the reality that much of the electricity industry has experienced substantial deregulation from the rigidity of public utility regulation in the 21st century).

Last year’s report, Exploring the Digital Nation: America’s Online Experience, prepared by the US Department of Commerce’s  National Telecommunications and Information Administration and Economic and Statistics Administration, is a good starting point for understanding the gap between those who have broadband available to them and those who remain non-adopters despite this availability. This computes to about 30 percent of all Americans who are not using the Internet at all. The numbers for those not using electricity or running water would be much less, of course.

One source of Internet non-adoption is the lack of a computer at home, which means that there would be no usefulness in paying for broadband service that can’t be used. The report found that the “propensity of households to own computers, use the Internet, and adopt broadband varied based on demographic characteristics.” The data indicated that 13 percent of non-users lacked a computer at home or one that was adequate enough to connect to the Internet.

It also found that “[a]lmost half of households not using the Internet (48 percent) stated that they do not need the Internet or are not interested in accessing this important resource.” Additionally, 20 percent of those surveyed who were former Internet users indicated that they had no interest or need to have Internet service at home.

Cost of service was a factor in non-adoption, of course, but only as perceived to be “too expensive.” Reliable data regarding what lower price points would change decisions to purchase, unfortunately, is not available, making it difficult to calibrate what are the actual cost sensitivities at issue.

Although this non-adoption problem is apparent in the US, it also has been tracked in other countries, including those that often are cited as examples where high-speed, lower-cost service often is used to indicate a level of superiority abroad. For example, the 2013 International Report of the World Internet Project, based at the USC Annenberg School Center for the Digital Future, provides detailed comparative data for the United States and Sweden. In the US, the largest percentage of non-users (24 percent) reported “no computer” as their reason for not being online; in Sweden, 59 percent of non-users indicated they either had no interest or did not find the Internet to be useful. For both countries, the report indicated that “the cost of going online was not a significant factor.”

Interestingly, both countries had 17 percent of their respective respondents indicate that the primary reason for not using the Internet was ether lack of knowledge or confusion about going online.  This suggests that government policies in the United States and Sweden, along with many other countries, need to be ramped up so that a higher level of digital literacy can reduce these apprehensions.

Beyond that, these data suggest that there are external forces that have suppressed demand far below the level of those who find electricity and running water to be necessities, even where broadband networks seemingly would be more attractive. Imposing public utility regulation based on a flawed hypothesis would be bad public policy, despite the President’s assertion. It also obscures the persistent problem of convincing those remaining on the Internet sidelines that there is sufficient value in the network itself, which as Sweden shows, largely is not a function either of its speed or cost.