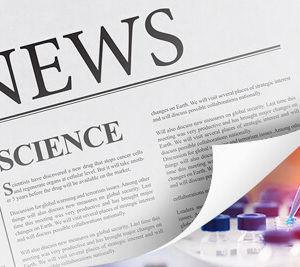 The Next Big Media Pitch Should Be Science

Call it the glare and the glaze.

You know “that look.” It’s the face of some onlookers whose eyes glaze over when the news topic of the moment switches to science or the glare one exhibits as if to impart the message, “I’m just a regular person, so don’t talk that scientific stuff around me.”

Well, “that look” was a pivotal part of a passionate panel discussion titled “Beyond Science: Exploring the Unknown” recently during the three-day Atlantic Festival in Washington. The issue: How to make scientific topics, techniques and talent as commonplace in the American lexicon as television reboots.

Three of the world’s top scientific experts tackled this matter.

Avi Loeb, professor of science at Harvard University, stressed the power of engagement, saying, “I think part of the blame is the scientists — not so much the journalists — because there is this sense of ivory tower. We should figure out the truth, and then give it to the public. As if the public were students in our class.

“So I think it’s extremely important for the scientist to be engaged.”

One of the most engaging experts is Neil deGrasse Tyson, so much so that he’s become a celebrity scientist. Tyson is an astrophysicist who makes studying the universe as compelling as the next “Star Wars” movie. He takes science out of what Loeb termed the “ivory tower,” and places it keenly in the pop-culture ecosystem — with a poetic personality, too. Ironically, during The Atlantic Festival, he appeared on singer Kelly Clarkson’s new daytime talk show, wowing her with fascinating nuggets about the cosmos.

During the audience question-and-answer session of the “Beyond Science” panel, Joshua Chamot, a public affairs specialist with the National Science Foundation, took the wow factor a step further when he posed to the panelists, “How do you get more science news on the front pages?”

To do so might require a bit of entertainment value.

“They work so hard to get the details right,” Chamot said. “Now Hollywood uses consultants from the science world.”

Said Priyamavda Natarajan, professor of astronomy and physics at Yale University, “Science is a very powerful methodology that allows you to pose questions and answer them with a very well-defined framework.”

However, science media in a general sense has faced enormous challenges of late.

Many media outlets, especially newspapers, have been ravaged by cutbacks and layoffs. That means specialty media, such as science journalists, often are included in the first wave of exodus.

Furthermore, science-related developments easily can get lost in the shuffle when today’s news cycles are driven by the media’s fascination with Donald Trump and his associates.

And there is this:

According to a Pew Research Center study from 2017, nearly seven in 10 Americans (68 percent) get their science news mostly because they happen to come across it, while three in 10 mostly do so because they look for it. Americans tend to be more passive in how they get science news than they are about news more generally.

Those statistics obviously are disturbing; they also suggest that many Americans digest science news because of a lucky find. Well, how about replacing that luck of the draw with a curious intention to be informed on all things science.

Chamot of the National Science Foundation offered this strategy as a potential solution: Use the “AXIOS” model as a way to present science news to readers. “AXIOS” is a news/politics website with headquarters just outside Washington in Arlington, Va.

AXIOS, which also disseminates subscription newsletters, offers news in soundbite-type, stand-alone summaries at the top of its digital story files. And here is the key: If readers want more about a particular story, then the more you scroll, the more in-depth the information.

With Trump’s domination of the daily news amid the contraction of some revenue-challenged media outlets, what is one compelling science story that many of us probably have missed. How about “mushroom science”?

Polystyrene foam — known as Styrofoam, used for packaging and insulation — is hazardous to our environmental health, because it isn’t soil- or water- or human-friendly, similar to plastics. So, Ecovative, a startup company, figured out a biodegradable alternative. An alternative made of mushrooms and agricultural waste, both of which break down organically when discarded.

Though climate change and environmental protection overtly occupy the nation’s consciousness these days, there clearly is much science news that we can use but don’t often see or consume. As Jada Benn Torres, associate professor of anthropology at Vanderbilt University, observed during the panel, “We better start treating each other better here on Earth.”

We can start by changing the science/news world to help regular Americans — and not just the elite.