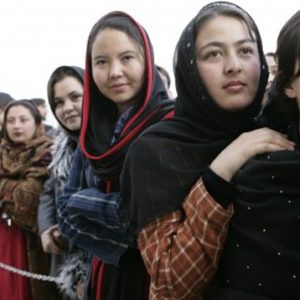 The Other Social Justice Issue as Old as Human History

Posted to Politics November 05, 2020 by Kent Davis-Packard and Dania Abdalla

When George Floyd was killed by a Minneapolis police officer this spring, protests rightfully and righteously erupted around the world demanding justice.

The very same month, when Islamist gunmen stormed a maternity ward at the Dasht-e-Barchi Hospital in Kabul, Afghanistan, and killed 24 women and babies, the world was silent.

“They went through the rooms in the maternity, shooting women in their beds. It was methodical. Walls sprayed with bullets, blood on the floors in the rooms, vehicles burnt out and windows shot through,” said Frederic Bonnot of the Paris-based Doctors without Borders. “They came to kill the mothers.”

No global protests, no throngs clogging the streets, no calls for an end to the systematic murder of women.

Two brutal events only weeks apart and the contrast in collective outrage — or lack thereof —couldn’t have been more stark. The oppression of women is so ingrained that a mass shooting of them and their newborns doesn’t move the needle, even among those who claim to embrace social justice.

No call for human rights and social justice can ignore the epidemic of violence and oppression women face. Even the briefest review of the United Nation’s statistics shows the shocking extent to which women continue to be victimized around the globe. For example:

— The U.N. notes that adult women account for nearly half of all human trafficking victims. But women and girls together account for 72 percent, with girls representing more than 75 percent of child trafficking victims. Child marriage, a euphemism that belies the crime, is a huge symptom of oppressive attitudes toward females with estimates showing that 650 million women and girls in the world today were married before age 18.

It’s not just women in the developing world at risk. While women in the West may be  on a trajectory of achievement and equality unlike other regions, they too suffer because of their gender.

In a particularly troubling and ignominious finding, a Thomson-Reuters Foundation survey of experts in 2018 ranked the United States among the 10 nations considered most dangerous for women. Keeping company with India and Pakistan and Saudi Arabia.

Some women have risen to the highest political offices and have achieved in the corporate hierarchy. But these achievements pale in comparison to the vast majority of the world’s women.

The reality for hundreds of millions of women around the globe is that they face discrimination and violence, wherever they live. If they have the misfortune to reside in regions adhering to oppressive traditions and legal systems, they are often denied education and the right to work, kept from financial independence and even control over their bodies.

They are just trying to stay alive, let alone break the glass ceiling.

At this turning point in history, when unprecedented changes are possible, humanity should awaken to its longest running injustice.

All the other calls for equal treatment become irrelevant when half the world’s population still awaits a new beginning.

Kent Davis-Packard is executive director of Women Forward International, a non-profit organization focused on international affairs education. Dania Abdalla is program officer for WFI. They wrote this for InsideSources.com.