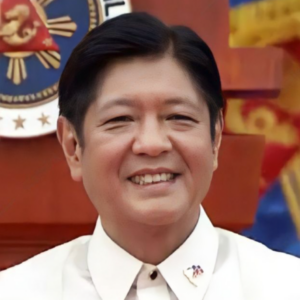 The inauguration of Ferdinand “Bongbong” Marcos Jr. as president of the Philippines opens a controversial period in the convoluted history of a country mired in rampant corruption, lawlessness and an anti-drug campaign that has taken at least 30,000 lives.

Widely known by his nickname, Bongbong Marcos projected calmness and courtesy after winning the presidential election by an overwhelming margin in May. His background, however, suggests he may have trouble keeping up appearances. Bongbong’s father, Ferdinand Marcos Sr., ruled by martial law for half his 21 years in office, throwing tens of thousands of opponents into jail, several thousand of whom lost their lives. Finally, in February 1986, he was forced out in the “People Power Revolution.”

I watched as hundreds of thousands, at least a million, possibly 2 million, filled the 12-lane avenue known as Edsa, the acronym for Epifanio de los Santos, a revered literary and political figure a century ago, calling for Marcos’ ouster. Like South Korea’s Candlelight Revolution of 2016-2017, which I also witnessed night after night, the Philippines’ People Power revolution was bloodless and the outcome was quite similar.

In Korea, Park Geun-hye was impeached and jailed, and her successor, Moon Jae-in, was elected to a five-year term as president. In the Philippines, on the day that Marcos & Co. fled aboard a U.S. Air Force plane, Corazon Aquino, doyen of another family dynasty, having won a “snap election” that Marcos had called, was inaugurated for a six-year term.

Comparisons are highly inexact, but there are parallels. Park spent nearly five years in prison before Moon mercifully freed her. Marcos, his wildly extravagant wife, Imelda, and their two daughters and son lived in exile in Honolulu, where Marcos died in 1989.

The comparison dies completely, however, when looking at what happened next in their lives. In Korea, Park Geun-hye lives quietly in her native Daegu, once the power base of her long-ruling father, Park Chung-hee, who was assassinated in 1979. In the Philippines, Bongbong and his notorious mother, aided by numerous friends and associates, have masterminded the resurgence of the Marcos dynasty. They’ve zealously restored Marcos Sr.’s name, convincing the mass of their countrymen that Marcos Sr. was a visionary figure who ruled in a “golden age.”

The thought of Bongbong returning to Malacañang, home of Spanish governors while the Philippines was a colony of Spain, boggles the mind. Bongbong himself projects a relatively innocuous image, but his mother, Imelda, is still under investigation for the billions of dollars she and her late husband squirreled into bank accounts in Switzerland and elsewhere. Bongbong also faces the legacy of killing political foes, including the assassination of Corazon Aquino’s husband, Benigno, on August 21, 1983, as he was getting off a plane at Manila’s international airport, which now bears his name. It was that killing, of course, that triggered the wave of protests culminating in Marcos’ downfall and the election of Benigno’s widow.

Bongbong Marcos also bears the legacy of much more recent history. He’s the successor to Rodrigo Duterte, responsible for a crackdown on drugs that remains the target of an investigation by the International Criminal Court  into “crimes against humanity.” Bongbong has waffled on whether the Philippines will cooperate with the ICC. Still, we can be pretty sure the ICJ probe won’t get anywhere while Bongbong pursues the drug war.

It will be impossible for Bongbong to distance himself from Duterte. While no longer president, Duterte perpetuates his name and power through his daughter, Sara, elected vice president after serving as mayor of Davao, the big port city on the southern island of Mindanao. Davao is the Duterte family stronghold. Sara inherited the post from her father before he became president, and a younger brother has succeeded her in city hall.

The flagrant nepotism that characterizes the Marcos and Duterte dynasties might not be so concerning if the Philippines were peaceful and prosperous. Every day, however, the Philippine media report assassinations in power struggles among rival politicians and gangsters even as nearly one-fourth of the country’s 110 million people live in poverty.

The Fil-English word for these assassinations is “salvaging,” inherited from the American era when the wasted gear was heaped onto salvage dumps. When someone is killed by gunmen speeding by on motorcycles, as so often happens in the Philippines, he’s said to have been “salvaged.” Bongbong, like his father and mother, may find the way to amass wealth and power is to destroy enemies.