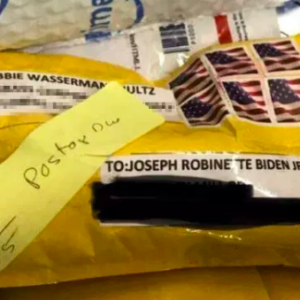 To understand why American conservatives are uncomfortable with the conversation over rhetoric and political violence inspired by the recent pipe-bomb panic, consider the cases of John Hinkley and Jared Lee Loughner.

If you think Hinkley shot President Ronald Reagan in the name of partisan politics, you’re probably a nut. But if you think Loughner gunned down Democrat Rep. Gabby Giffords and 12 others on behalf of right-wing Republicanism, there’s a good chance you work in a newsroom.

Loughner was in a paranoid schizophrenic with no known partisan affiliations who believed, among other bizarre notions, that grammar rules were a government attempt at mind control.

And yet his shooting has been repeatedly invoked by news outlets and liberal pundits as an example of right-wing violence.

The debate over partisan rhetoric and its dangers has turned into a media version of “heads I win, tails you lose.” When the violence is committed by people on the Right—the current working assumption about the disturbing devices being sent to prominent liberal figures—the media demand “What is the Right going to do about its dangerous rhetoric?” And when the violence comes from the Left, at a campus riot over a conservative speaker or an assassination attempted targeting the GOP Congressional baseball practice?

Despite having no information about the person sending the pipe bombs or his/her motives, the press have labeled the perpetrator the “MAGA Bomber.”  The day after the bomb-like devices began appearing in mailboxes, National Public Radio asked “Should We Blame Trump For The Pipe Bomb Wave?”

The day after a deranged Bernie Sanders supporter shot up the GOP baseball practice, NPR’s On Point featured a discussion on “Civil Society Under Fire,” a discussion dominated by complaints about angry commentary on “right-wing talk radio.”

“Many proud liberals, not to mention dedicated journalists, see no problem with fueling a mass panic over our ‘political discourse.’ The fact that liberal rhetoric and images are often just as “extreme” is irrelevant. Also irrelevant is any violence that might be linked to such rhetoric.  These critics’ aim is simply to exploit this horror as an opportunity to yell ‘shut up’ at their political opponents.”

That has certainly been the case with President Donald Trump, who has been repeatedly blamed by the Washington Post, the New York Times, CNN, MSNBC, etc for the bomb-like devices that inspired this week’s panic—despite the fact that nobody knows who sent them or why.

Conservatives are quick to point out that the New York Times runs headlines like “Pipe Bombs Sent to Figures Vilified by Political Right,” but never runs similar headlines when violence or riots target people vilified by the Left. In the wake of the pipe bomb scare, CNN went so far as to post the on-screen message “Trump Has No Plans To Claim Any Personal Responsibility For Inciting Serial Bomber.”

And when it comes to political violence in the US, it’s not the “politics” that is new. It’s the partisanship.

“This is an important distinction,” David Greenberg, a professor of history and media studies at Rutgers tells InsideSources.  “The violence we saw in the 1960s, the revolutionary violence we saw with weatherman and other groups in the sixties tended to be directed at the system, at the government, not a particular political party.”

“JFK was assassinated, not by a right-wing fanatic, but a pro-Castro Communist,” Greenberg notes. “Yes, there was a lot of heated rhetoric in Dallas in 1963, but it had nothing to do with Lee Harvey Oswald.” And opponents of the Vietnam war were just as angry at President Johnson—one of America’s most liberal presidents—as they were at President Nixon. “Demonstrators not only chanted ‘Hey, hey, LBJ, how many kids did you kill today?,’ they also accosted officials of his administration when they set out in public,” Greenberg says.

Similarly, the violence of segregationists in the Deep South which could be considered of the Right, was waged entirely by Democrats and didn’t differentiate based on partisan politics.  Martin Luther King, Jr. was not assassinated in the name of a political party. In fact, none of the high-profile assassinations of the 1960s—JFK, MLK or RFK—fit the partisan template of today.

So is America living through another moment of political violence as dangerous as the 1960s?

“No,” says Greenberg, “It’s not as dire as the 1960s.  You don’t see hundreds of bombings in a single year like we did in the 1970s.”  Still, he’s worried about where our politics is headed.

“A lot of the books about the Sixties have titles like ‘The Unraveling of America,’ and ‘America Coming Apart,’ so worrying about rhetoric is nothing new. What’s different is Donald Trump. Even Nixon, who was a criminal, was committed to a certain order, to upholding our civil norms in a way the Donald Trump is not.”

Trump opponents argue that the president’s behavior is ripping apart society and setting people from both sides of the political aisle against each other. Trump supporters respond that the battle was already on, being waged from the Left, and that Trump is simply fighting back.

The media want to be seen as a neutral arbiter of the national debate. But when the New York Times runs a piece of fiction fantasizing about assassinating President Trump on the same day they’re covering the pipe-bomb panic, it’s hard for conservatives to take this claim seriously.