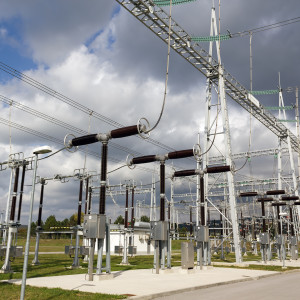 The Pivot Away From Baseload Power Is Coming With Unacceptable Costs

There is an electricity reliability and affordability crisis unfolding in the United States. Rolling blackouts in California are the latest, alarming warning of its widespread arrival.

Even before Californians found themselves facing the colossal challenge of a new round of devastating forest fires, they have been dealing for weeks with what some are calling “greenouts,” or blackouts largely caused by the state’s headlong rush toward intermittent wind and solar power and pivot away from on-demand, baseload generation.

This pivot has not only meant rising electricity prices, but it has now left the state’s grid stunningly ill-prepared to handle adverse operating conditions, like those faced during a recent heatwave. In short, California, through its own energy policy, has undermined the reliability of its power grid.

A third of the state’s power is now coming from renewable sources of electricity and that reliance on weather-dependent generation is creating predictable but immensely challenging problems.

When electricity demand peaks each afternoon, with air conditioners running full blast, solar generation is disappearing as the sun sets. Wind generation has faced its own challenges with the wind dying at key moments, leaving a grid already stretched to its limits without critically needed capacity.

California’s blackouts and the state’s rising electricity prices — they jumped 25 percent between 2013 and 2018 and are now 50 percent more than the national average — could be a preview of what’s coming to much of the country should the integration of renewable power not be handled with more care.

Managing that risk means better valuing an all-of-the-above energy mix that includes baseload coal generation, which remains a bulwark of the grid in many states.

California’s costly missteps need not be repeated. Rather than mandating a more expensive and less reliable supply of power, states, utilities and regulators across the country need to take a second look at the viability and cost of their energy plans.

Duke Energy in North Carolina, for example, recently warned policymakers that trying to meet the governor’s ambitious emissions-reduction goals, which would mean the early retirement of well-operating baseload power plants, could cost consumers an additional $50 or more per month.

While emissions reduction must be a priority, and renewable energy should play an increasingly important role in the nation’s energy future, rolling blackouts and rising electricity rates are not acceptable. They certainly are not what Americans tell us they want. In fact, in recent national polling more than 85 percent of Americans expressed concern about rising electricity prices.

The pandemic has only exacerbated long-standing worries about energy affordability. The Department of Energy reported that in 2015 nearly one in three U.S. households struggled paying energy bills. Over the past six immensely challenging months that percentage has surely grown.

Now is hardly the moment to be cavalier about the challenges and costs of pivoting away from baseload power to intermittent generation. Missteps — like those unfolding in California — come with real costs borne by real people, often those least able to shoulder them.

Affordability and reliability must be prioritized, especially in the wake of the economic turmoil sowed by the pandemic.

Now is the moment to exercise some well-founded caution and return balance to energy policymaking.