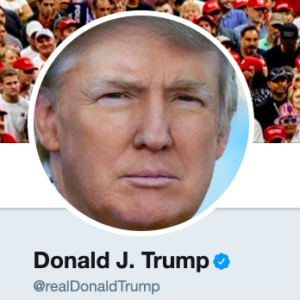 Never one to heed advice, President Trump recently announced he will be live-tweeting this week’s Democratic debates — ignoring public opinion and his own supporters, who say, “I wish he would tweet less.”

Unique to this presidency, his personal Twitter timeline gives us a window into what he focuses on hour to hour, and it’s clearly not on the promises he made to lower drug prices, overhaul the nation’s infrastructure, massively increase wages, preserve Medicare and Social Security, and ensure quality coverage for those with pre-existing conditions.

A new analysis of Trump’s tweets from the Center for American Progress Action Fund reveals what many have long known: a president who constantly creates chaos instead of doing his job to fix the problems everyday Americans face. The subjects of his tweets also show a person who is chronically distracted, obsessed with his own image, and focused on things that couldn’t be further from the concerns of everyday Americans.

During his time in office, Trump has tweeted about himself and his family more than 500 times, attacked “fake news” more than 400 times, and obsessed about President Obama and Hillary Clinton nearly 600 times. His tirades about collusion and a “witch hunt” amount to more than 450 tweets, and at least 40 of his tweets were cited in the Mueller report, many of which helped outline a clear case for obstruction of justice like when he predicted Michael Cohen wouldn’t “flip.”

This analysis also speaks directly to why Washington has made so little legislative progress during Trump’s presidency. Trump has mentioned Russia in more than 350 tweets since becoming president, yet only has mentioned the middle or working class in 12 tweets and prescription drugs or drug pricing in a total of 29 tweets. While the majority in the House has passed more than 200 bills including on critical priorities such as lowering prescription drug costs, guaranteeing health care protections for those with pre-existing conditions, and sweeping anti-corruption measures, Trump has done nothing to advance this agenda or engage with Democrats on it.

It’s an easy compartmentalization to suggest that there is “Trump” and there is “Trump’s Twitter.” Unfortunately, there is no division between the two. And whether it is on health care, increasing wages, national security, or Trump’s trade-wars-by-Twitter, his deep lack of focus on the public’s concerns in comparison to the subjects of his Twitter obsession is an inescapable problem, no matter where you fall politically.

For a president who came in making big promises — he’s consistently failed to deliver in large part because he spends more time on Twitter than actually meeting with legislators. In fact, he has only held two meetings on an infrastructure package — one of his signature promises — before calling them off to return to the safety of his Twitter handle.

A lot of scary and accurate adjectives are used to describe President Trump’s job performance, but this adjective concerns me the most — ineffective.  If Trump’s Twitter timeline is any indication it should come as no surprise that he increasingly lives up to the label.

Will Ragland is the research director at the Center for American Progress Action Fund. He wrote this for InsideSources.com.