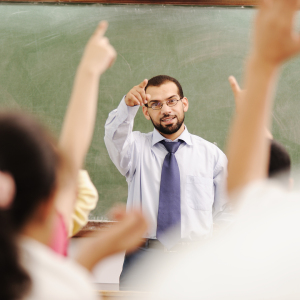 The Problem with Punditry, Common Core, and 2016

It’s December 2014, and we all know what that means—the news media and politicians are in full 2016 presidential election mode. It’s as if the midterms of only a month ago never happened. The prognosticators have all moved on to prognosticating about something new. It’s important to change the subject quickly—lest you remember their predictions about how close the midterms would be, how Mitch McConnell may lose, that Texas may elect a Democratic governor…the list goes on.

Should we be surprised academic studies show pundits are worse at making predictions than if they were making random guesses?

And so as we move on to 2016, much discussion focuses on Common Core educational standards. While many pundits have tried to claim candidates supporting these minimum standards will struggle in the primaries, the data simply doesn’t show this.

I sat down with two experts on the issue, former Alabama Governor Bob Riley (R) and former Tennessee Congressman Harold Ford Jr. (D), who were both confused by all the claims Common Core could be a litmus test in the presidential primaries. “If you’d asked me that six months ago, I would have given you a completely different answer,” said Riley. “But after looking at the election results in Alabama and across the country, I think, if anything, you’re going to see higher standards actually promoted.”

Common Core seems to create the strangest of bedfellows, with the Tea Party and teachers unions showing similar inclinations to halt educational reforms. There were efforts, especially in the GOP, to unseat candidates who supported Common Core. But governors and state superintendents still overwhelmingly support it. Riley pointed to conservative Ohio Governor John Kasich’s continued support for the standards. Kasich cruised to victory, and he even received 26% of the African American vote. 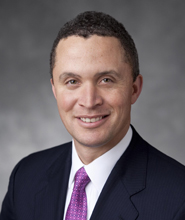 While some activists are itching to halt the presidential aspirations of Common Core supporters, like Kasich and Jeb Bush, they should take heed. There’s a good reason why Common Core supporters fared well in the midterms. A GOP pollster asked conservative Republican primary voters about the issue earlier this year. When voters were presented with arguments for and against the standards, a generic candidate supporting the standards polled significantly higher. 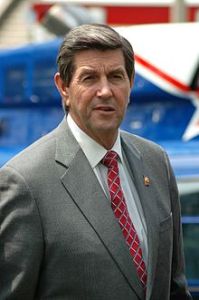 In another poll, conducted on Election Day, voters said they approved of the standards by a two-to-one margin. Republicans and independents approved by a 28-point margin. The popularity extended even to many key GOP constituencies, including the “very conservative,” Tea Party supporters, and born-again Christians.

With special interests offering so much vocal opposition, why does Common Core continue to be a strength for candidates? Ford argues it’s because “parents listened and weighed both sides. They came to understand there were big gains being made in classrooms across the country.”

Some conservatives attack Common Core as a program created by the Obama Administration. The truth is that the Common Core was an effort led by the states, including those headed by conservative governors, to set minimum standards so that a student graduating in Alabama would have the same basic levels of knowledge as a student graduating in California. Riley and Ford point out that the amount spent by companies and colleges on remedial education has skyrocketed in recent years because of different standards across states.

“This was designed by governors to make sure there was a firewall between the federal government coming in and dictating policy to each individual state,” says Riley, who is a conservative Republican. He says the policy is all about local control. “This system allows a local superintendent or an elected board in a small community to determine how to get from point A to point B. –Point B being a standard that all governors want to meet. They don’t dictate policy. They don’t dictate textbooks. They don’t dictate how you do it.”

So why the opposition? The federal Department of Education has encouraged states to adopt Common Core through a program called Race to the Top. Riley and Ford both say this current debate never would have happened if the administration hadn’t made that “mistake.” Even though the policy was driven by conservative Republicans and control is entirely local, some activists view anything remotely associated with Obama as toxic.

But the fact of the matter remains that parents want good policies to help their children succeed. In this case, say Riley and Ford, parents are seeing the success firsthand, and that’s more important than any unsubstantiated pundit claims.