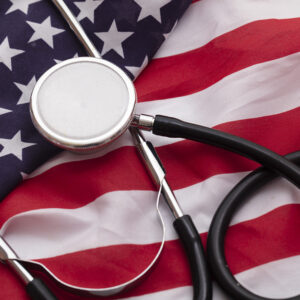 The Public Option Is Nothing New

“Public option” was to be the big healthcare idea of 2021. Once again, it’s time to recall the dog-eared pages of Ecclesiastes.

In June, headlines announced Nevada Gov. Steve Sisolak had signed SB 420, making it “the second state” (after Washington) to create a public option health insurance plan—health insurance sold by the government, to compete with private plans. This “second-state” moniker was relayed by the Associated Press, ABC News, Kaiser Health News, and others. In 2019, a Politico article similarly called Washington “the first state to test” the idea of a public option. Nope.

Journalists, scholars, and readers should remember Ecclesiastes 1:9—”There is no new thing under the sun.” Under Nevada’s blazing sun, the state’s public option health plan is nothing new. The 1990s and early 2000s were littered with the carcasses of failed public option plans.

To claim Nevada is the “second state” with a public option requires a carefully selected prepositional phrase: “In the 2020s,” perhaps, or “since the Affordable Care Act became law in 2010.” Otherwise, the second-state claim is equivalent to my proclaiming that “Robert Graboyes is the second American to drink a cup of coffee,” while leaving out the qualifiers “in the Graboyes home” and “on August 16, 2021.”

The high cost of health insurance is a complex problem and, as saith H. L. Mencken, “For every complex problem there is an answer that is clear, simple, and wrong.” The public option is such an answer. The purported logic is that a government-operated insurance plan, in direct competition with private plans, will force prices down because, unlike the allegedly avaricious private insurers (many of which are not-for-profits), the altruistic government plan will have the interests of The People at heart; the government’s administrative costs will be low; and the government can harness its purchasing power to force providers to reduce their prices.

The problem is history strongly refutes those claims. Governments have their place and their virtues. But efficiency and cost-cutting are not among those virtues. In 1997, Congress commanded the mighty hand of Medicare to force medical providers to limit their price increases via a “sustainable growth rate.” Every year thereafter, Medicare delayed enforcement for a year until 2015, when Congress finally scrapped the charade. (Congress could learn much from the example of England’s King Canute and the tide.)

In 1994, Kentucky created a public option—Kentucky Kare—allowing state residents to buy into the state employees’ health insurance system. It was subsidized heavily enough that the private individual insurance market collapsed, with permanent ramifications. Then, the state scrapped Kentucky Kare—piece by piece.

Also in 1994, Tennessee created TennCare, allowing lower-income residents to buy into the state’s Medicaid plan. The plan broke the state’s treasury, and by 2006, it canceled TennCare coverage for 200,000 Tennesseans.

In 2003, Maine established its public option—DirigoChoice. According to the Maine Policy Institute, “even fewer Mainers were insured in 2009 than in 2003. In 2011, after spending more than $183 million in taxpayer funds, a bipartisan majority of the Legislature voted to end the Dirigo Health Program.”

In 2009, Hawaii established Keiki Kare—a state-subsidized public option for children in families of modest means. Seven months later, the state abandoned the plan because of budgetary shortfalls and because it had little impact on the uninsured.

Perhaps the most successful (or least unsuccessful) of these plans is Los Angeles’ L.A. Care Health Plan; An article in the Atlantic (“L.A.’s Health-Care Reform Is a Lesson for Democrats”) said the city’s plan became a “sturdy competitor,” but not “transformative.”

Over the years, numerous states established high-risk pools—essentially public options for sick people. These plans tended to be costly to purchasers, with applicants frequently turned away at the door due to financial constraints.

My writing on this subject is also nothing new under the sun. I wrote about failed public options in 2009 (“Umpire or Play Ball, Not Both” and “Not Enough, and Yet, Too Much”), 2014 (“Medicaid and Health“), in 2019 (“Beware the Public Option”), and probably a few other times.

Concerning the public option, it seems, as Ecclesiastes continues, “There is no remembrance of former things.”