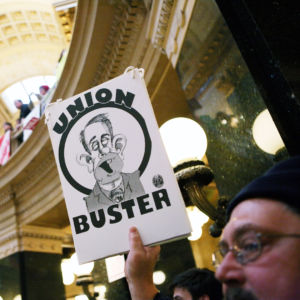 Why Right-To-Work Isn’t That Catastrophic for Unions

Those opposed to right-to-work laws often warn the policy is an attempt to destroy unions but in reality it only has a modest impact on their viability.

Unions have often attacked right-to-work as a means of destroying the labor movement. The policy, which has passed in 26 states, outlaws mandatory union dues or fees as a condition of employment. Nevertheless, the policy usually only causes a decline in membership within the first year before it bounces back to a consistent level.

“You might see a short term decline in union membership for about the first year and then union membership bounces back to its regular rate,” Buckeye Institute Executive Vice President Rea Hederman told InsideSources. “Union membership turns to its normal trend levels as a result of unions refocusing their efforts on keeping members and better serving their members.”

Union behavior along with changes to the local economy are likely the primary reasons union membership bounces back. One possible reason is that unions address issues previously causing dissent in order to retain members. It’s also possible the policy leads to increased job growth in a state, which leads to a larger pool of potential members.

“With those laws in place, joining a union becomes optional,” Heartland Institute Policy Advisor Tom Lampman told InsideSources. “At that point unions need to actually be more responsive. It’s not an issue of if you work here, you’re in the union. It’s if you work here, what can we provide to get you to join the union?”

Labor unions often assert right-to-work in merely a veiled attack against workplace representation. They state the policy is designed to undermine and destroy unions. Hederman notes there is no evidence right-to-work destroys unions. He adds in some cases union membership will actually exceed what it was before the law passed.

“Union numbers are once more increasing from the industrial Midwest states that have enacted right-to-work laws,” Hederman noted. “There’s no evidence or proof that this will destroy unions. The data just doesn’t back up that claim.”

Union membership nationwide has been in sharp decline over the decades. Lampman notes that many right-to-work states also show membership is in decline but not at a rate exceeding other states without the law.

“Its trending downwards nationwide which is due to a lot of factors,” Lampman told InsideSources. “So the growth rates in any individual state are going to be negative but they aren’t going to be as negative in right-to-work states.”

The passage of the 1947 Taft-Hartley Act first allowed states to decide whether they want to be right-to-work or not. Those in support of the policy argue it attracts businesses while providing workers a choice. Nevertheless, critics complain it undermines the ability of workers to negotiate collectively against their employers.