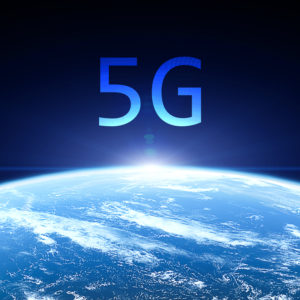 The Real Reason the FAA is Interfering With 5G Rollout

Air travel can frequently be frustrating and unnecessarily difficult, for more reasons than one has time to tabulate. Now we can add one more frustration to the airlines’ penchant for adding inconveniences into our lives as the industry’s regulatory body, the Federal Aviation Administration (FAA), is claiming 5G wireless is creating a safety hazard that disrupts aviation. It’s a transparently absurd allegation, irrelevant to safety but wholly centered around “who pays” to upgrade airline equipment. Sadly, if the airlines succeed there could be serious consequences for consumers and our economy’s long-standing desire to start reaping the benefits from 5G technology.

The FAA’s claim that 5G deployment in C-Band spectrum would interfere with radio altimeter function is absurd and nonsensical. Altimeters and 5G already coexist safely in 40 countries around the world, many of them countries with much more limited guard bands (“buffers”) around altimeter spectrum than that mandated by the Federal Communications Commission (FCC). The 220-megahertz minimum guard band the FCC has imposed is more than double that of Japan, where 90,000 5G base stations are currently in operation. If the FAA’s allegations were valid, pilots flying into these countries would be facing restrictions, and interference issues would be a constant occurrence around the globe.

Why does this interagency spat matter? Because every six-month delay in deploying 5G erases $25 billion in economic benefits projected to add $1.5 trillion to U.S. GDP by 2030. Meanwhile, China, our biggest economic and military competitor, continues to forge ahead with its 5G program with full government support. Losing the 5G innovation and deployment race to China would be a devastating blow for our nation, with the impact lasting for decades.

The FCC, experts in spectrum matters, have based its decisions on years of research. The FAA has only waded in at the last moment, basing its claims on a single, highly disputed study it has yet to fully share with other agencies and the public.

It’s obvious why the FAA is doing this. It is partnering with airlines and the aviation industry to use the baseless allegation of 5G altimeter interference to make the wireless industry foot the bill for upgrading older equipment, costs that will ultimately be paid by consumers.

The FAA’s dubious campaign comes while the airline industry itself appears to be in a bit of a tailspin. Without the $54 billion in government bailouts the airline industry received during the pandemic there would almost certainly have been bankruptcies and entire airlines shuttered. But even now, as people return to normal travel schedules, airlines still can’t get their metaphorical seats in an upright position. Congress is investigating the widespread flight cancellations, delays, and labor shortages that have plagued airline customers, as well as a plethora of often redundant fees padding their bottom lines.

Add to this Boeing’s issues with the 737 Max, which was grounded for almost two years after two crashes, and the airlines’ motivation behind using 5G as a way to distract the public’s attention and get out from under the cost of altimeter upgrades comes into clearer focus. But that hardly justifies it. It is the responsibility of airlines and aircraft makers to ensure all the equipment they use is up to date and capable of protecting flyers, not taxpayers or other industries.

Almost everything improves with 5G – public safety, business, education, health care – the list goes on and on throughout our entire economy. The FAA and aviation companies need to stop trying to use this non-issue for financial gain. It’s time for the FAA to end the unnecessary delays and allow 5G to finally take flight, so consumers and our economy can gain the altitude for which we’ve waited so long.