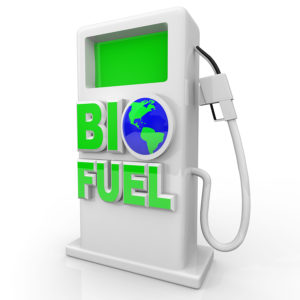 One of the many political dysfunctions plaguing the nation is the fact that failed policies rarely come to a quick and decisive end.

Case in point: It has long been clear that the Renewable Fuel Standard (RFS) has not and will not achieve its objectives, yet both parties participate in its perpetuation and even expansion.

A recent paper published by my organization, the Center for Freedom and Prosperity, reviews the record of the RFS and summarizes: “In the 15 years of its existence, the RFS has failed to advance its stated purposes while leading to adverse consequences for consumers, refiners, and the environment.”

Drafters of the mandate expected biofuel to develop along a predictable path, but technology doesn’t necessarily follow the route most convenient for politicians.

Instead of transitioning from corn starch ethanol to more advanced biofuels as hoped, increases in the mandate over the years are met with even greater reliance on corn, causing problems for just about everyone except corn farmers.

Economically, consumers suffer because competition for corn drives up prices for foods losing acreage to corn and for livestock that use corn for feed.

It has also squeezed small refiners unable to blend their own biofuel and who are reliant on the secondary trading market, dysfunctional owing to its nature as a product of government instead of real economic demand, to meet statutory quotas.

Of a particular irony is the environmental record of the mandate. The presumption that renewable energy equals environmental improvement has proven false, at least in this case corn ethanol. As mentioned, corn constitutes the bulk of biofuel produced in the U.S., and its production has proven to have many adverse consequences.

The total life-cycle emissions of corn ethanol exceed gasoline, so it does nothing to advance carbon reduction goals. The heavy use of nitrogen-rich fertilizers to grow corn also create “dead zones” in the Gulf of Mexico where sea life often dies due to a lack of oxygen.

Toxic algal blooms in the Great Lakes are similarly made worse.

It’s no surprise, then, that surveys of environmentalists show a majority oppose the corn ethanol mandate. Yet despite what appears to be a broad, cross-ideological coalition opposed to the RFS, it has thus far avoided serious reforms.

Despite benefits to farmers like approving year-round sale of E15, gasoline with up to 15 percent ethanol, and denying a slew of waivers for small refiners hurting from the mandate, ethanol backers say Trump has done too little.

Joe Biden has taken up their cause by pledging to double down on ethanol. His rhetoric tellingly focuses on “rural America and our nation’s farmers,” in a tacit admission that the modern RFS is little more than a special interest carve-out rather than a defensible energy policy.

Incidentally, Biden will wipe out demand for ethanol by subsidizing electric vehicles as part of his $2 trillion climate plan.

A large part of the explanation for the mandate’s staying power is the influence of farm-state legislators. A closely divided electorate puts a premium on every seat as potentially decisive in the balance of power, giving that constituency tremendous influence. But while the politics are complicated, the policy questions themselves are not.

The evidence is clear that for consumers and the nation the RFS is a bad deal.