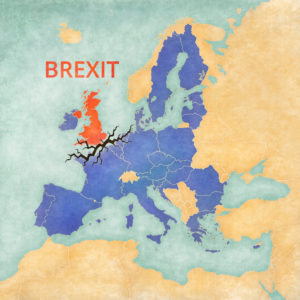 The Role of England in the British Debacle

The English appear to have laid down the burden of sanity. They have voted to leave the European Union.

It was never about Great Britain; it was always at its kernel about England. There was always a primal, nativist, historically seated English antipathy to Europe and by extension to the European project.

I should know. You could say I was there in the beginning.

Way back in the early 1960s, as a young journalist, I worked for Lord Beaverbrook, the Canadian-born newspaper publisher who led the early fight against the European Economic Community, also called the Common Market. There were then, in 1962 and 1963, just six members and the rival outfit, the European Free Trade Area had seven.

I believed when Britain finally joined what is now the European Union in 1973 that a decade earlier we had been wrong. And I believe that leaving the European Union today is terribly wrong, a ghastly self-inflicted wound that will hasten the end of the United Kingdom, cause a surge in right-wing bigotry in Europe, and leave no one — not one individual in any country of Europe — better off, particularly the residents of England, Scotland, Wales and Northern Ireland.

In the wreckage that now has to be sorted out across the Atlantic, two lessons stand out: first, referendums have no place in a representative democracy, and second, today’s political parties, across the world, no longer represent the feelings of their electorates. In Britain, as in America, and most recently in Italy, it is now apparent that the old left-right divide does not address a smoldering anger that affects the democracies of the world.

Give angry people something to smash and they will smash it. The angry English have just smashed up the place where they live. It is ineffably sad for those who have followed Europe’s attempt to come together, to boost trade, and to end war on the continent.

During the long campaign leading to Thursday’s vote, every shibboleth about sovereignty, faceless bureaucrats, money transfers and European skullduggery was trotted out.

When the facts do not fit, harken back to another time: That is easy enough to do in England with its storied history. They never said it, but the triumphant Leave campaign implied every day in every way: We’ll make England great again.

Donald Trump could have ghosted the Leave campaign.

When Britain joined the Common Market in 1973, the country was often referred to as the sick man of Europe. Today, Britain is the world’s fifth-largest economy and it has been the strongest advocate for free markets and free trade in Europe. Not only will Britain be setting a new course, but so will the European Union.

Europe, including Britain, has a massive migration problem that fed the anxieties of the English, particularly in the depressed north of the country. But Europe has yet another problem that will not go away: the euro has failed. Britain wisely never adopted it, but the 19 countries of the eurozone are paying a high price. Weak economies on the southern flank of Europe, most notably Greece, cannot devalue to make their goods and services more salable, and the strong economies, most important Germany, are the beneficiaries of a weak euro in their exports.

The British vote will spur reforms in Europe and if they are not fast enough and far enough-reaching, the European Union itself will break apart. Italy is an early candidate to bolt, but so are its southern neighbors.

It is not Europe as a free-trade area they should be trying to escape, but rather its benighted currency. Consider: If the euro was fazed out and the old currencies were to reappear, Germany would have an increasingly hard currency, the mark, and Italy and Greece, with the lira and the drachma, would produce goods and services that were very affordable to their customers.

But that is not Britain’s problem. It has to find new markets and a way of living with the strictures of European trade without a voice in the writing of those strictures.

The British (read English) electorate has signed on to a dream. The nightmare begins now.