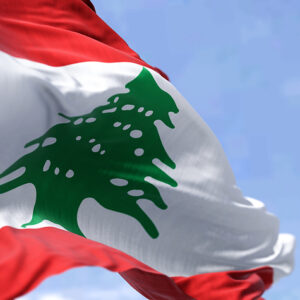 This last spring, I was in Washington for an awards dinner given by the American Task Force on Lebanon. The talents of the exceptionally gifted Lebanese were on display: The room was filled with accomplished expatriates and immigrants — business leaders, diplomats, physicians, writers and poets, an opera singer — from their troubled Middle Eastern homeland.

But the event’s high point was the recognition of the scientists who had saved countless lives by creating Moderna Inc.’s COVID-19 vaccine: four Lebanese Americans.

Among the children of the world’s many diasporas, few have made as large a mark as the Lebanese. Their native country has fewer than 6 million people, including a million or more refugees.

The Washington celebration was in painful contrast to the shambles that is Lebanon today: bankrupt, corrupt, violence-riven, starving and hopeless.

According to Edward Gabriel, a Lebanese American who served as U.S. ambassador to Morocco during the Clinton administration, Lebanon is in danger of sinking so far that it will be a failed state, ungoverned and ungovernable.

Gabriel has just returned from a visit by the American Task Force on Lebanon, and he reports of a country in parlous disarray.

In a paper for the task force, Gabriel stated, “On this day (Aug. 4, 2020) two years ago, over 500 tons of ammonium nitrate stored in a warehouse at the Port of Beirut exploded, causing more than 220 deaths, 7,000 injuries, 300,000 displaced individuals, and at least $1.5 billion in property damage. Since then, there has not only been a lack of closure for the families of the victims but the very corruption and negligence that caused such carnage and suffering has yet to be addressed by those in power.”

In their meeting with the Lebanese leadership, Gabriel and the task force discussed the urgency of implementing reforms to access IMF funds and get aid from the United States and other allies, including Saudi Arabia. Food is critical as Lebanon imports 90 percent of its grain from Ukraine and Russia.

In the late 1950s and early 1960s, Lebanon, which stretches along the Mediterranean Sea north of Israel, was a treasure of a country. Its seaside capital, Beirut, was a sparkling jewel, rivaling Monaco in its incandescence.

Beirut in its heyday had all the cache of Tangier and Casablanca and was a destination for the adventurous, the sophisticated, and for artists, journalists and writers. A-listers headed there before that term existed.

It also was a haven for spies and the intelligence services that employed them. Its most famous spy was British double agent Kim Philby, who fled from Beirut to Moscow when he was about to be arrested in January 1963.

As a young reporter in London, I was fascinated by the tales of the high life in Beirut as told by otherwise jaded foreign correspondents. “There’s nothing you can imagine you want that you won’t find in Beirut,” a famous photographer for the Magnum photo agency told me.

It wasn’t just nightlife and sin that drew the world’s press to Lebanon. It was a center of transport, and you could get anywhere from its airport by air or anywhere bordering the Mediterranean by ferry. Yes, Beirut revived world-weary journalists’  appetites, but it also was a very practical place to work.

In 1963 Lebanon, a small country with a small population of 4 million, was a highly successful one, envied and copied. The basic layout of the beach development in Tel Aviv, I was told in Israel, is modeled on that of Beirut.

British intellectuals often cited Lebanon’s religious minority-respectful government as a model for diverse societies as Britain withdrew from its former colonies. Traditionally, the three major religious groups share power this way: The president is always a Maronite Christian, the prime minister is always a Sunni Muslim, and the speaker of parliament is always a Shia Muslim.

The fall of Lebanon began with a huge influx of destabilizing Palestinian refugees and was sped up by the arrival of rival terrorist militias, particularly Iran-backed Hezbollah, determined to prosecute a war with Israel.

Lebanon’s brightest prospect is the development of its gas reserves in the Mediterranean. Hezbollah has been frustrating the conclusion of a maritime agreement between Lebanon and Israel, which would enable drilling for natural gas in Lebanon’s offshore fields, where reserves are plentiful and proven.

That and a revival of tourism are Lebanon’s best, slender hopes. Hope is people, like me, will want to go, looking for the ghosts of a giddy nightlife and James Bondian intrigue. I hope to go this year.