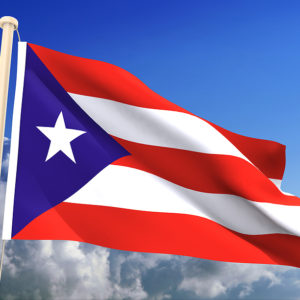 The Serious Flaws with the Puerto Rico Self-Determination Act

During the past month, the need to resolve Puerto Rico’s unequal and undemocratic status as a territory has gotten increased attention with the introduction of the Puerto Rico Statehood Admission Act and the Puerto Rico Self-Determination Act. Given the many ways that Puerto Rico’s territory status has become unsustainable for both island residents and the federal government, all efforts to end the dysfunctional territory status are worth considering. However, a quick comparison of these bills shows that one of them is much more logical and likely to be effective than the other.

The statehood admission bill is straightforward. It clearly defines the terms for Puerto Rico to become a state and offers island voters a direct “Yes” or “No” choice on statehood through a ratification vote. If a majority chooses “Yes” then Puerto Rico becomes a state after a brief transition, without the need for additional action from Congress. If voters choose “No”, then the island remains a territory and can choose to pursue independence or sovereignty with free association at any point in the future.

The “self-determination” bill, however, creates an unprecedented process that is so complicated and ambiguous it does not even say how many status options are on the table, what their definitions will be, or when voters will have the chance to vote on them. In fact, the first major flaw of the Puerto Rico Self-Determination Act is that while the bill recognizes the inherent authority of the Puerto Rico legislature to call for a status convention, it specifically ignores the fact that Puerto Rico has already legislated and carried out three plebiscites in the last ten years. Specifically, it ignores that these votes have shown, with increasing clarity, that a majority in Puerto Rico rejects the current territory status and favors statehood for their future. Instead, the bill tries to pressure Puerto Rico into accepting a process that their elected representatives have rejected for decades.

While the statehood bill puts island voters in the driver’s seat of the decision-making process, giving power directly to the people, the “self-determination” bill takes this power from the voters and instead puts it into the hands of the status convention delegates, a “bilateral” commission with Congress, and then leaves the final decision up to Congress which can reject whatever status option Puerto Rico’s voters end up choosing. This final step, in and of itself, highlights the inequality those who live in the oldest colony in the western hemisphere face.

Another difference in these bills is the timeline. The statehood bill sets out a flexible, yet structured timeline, that would allow voters in Puerto Rico to choose in a matter of months, and see the results implemented a few months thereafter. On the other hand, the “self-determination” bill has no start or end date for the status convention, it doesn’t say when Puerto Rico residents will be allowed to vote on the options, and even if Congress ratifies the final choice by voters, it does not indicate how long any transition out of the territory status would take. So as one prominent bill supporter said, “the Velazquez and Ocasio-Cortez’s legislation would start a process that could take years.”

While there could still be room for improvement in the statehood admission act, the flaws in the “self-determination” bill are numerous and self-evident. The time has come to rectify, rebuild, and heal the damage caused by inequality, but the Puerto Rico Self-Determination Act would do the opposite. If Members of Congress are serious about ending Puerto Rico’s outdated colonial territory status, they must listen to what the majority of island voters have already said, and make the most logical and effective choice to support and approve the Puerto Rico Statehood Admission Act.

Johanne Vélez-García is an attorney, civil rights activist, and longtime women’s and community advocate based in San Juan, Puerto Rico. She is president of the Governor’s Advisory Council on LGBTT Issues and is currently a member of the Democratic National Committee, serving as vice chair of the Puerto Rico Democratic Party. She wrote this for InsideSources.com.