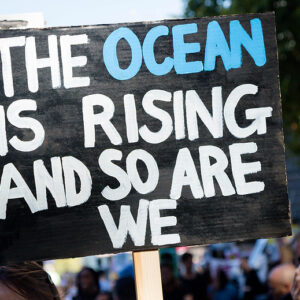 The Social Scolds Are Set To Take Up Global Warming

Sounds simple, huh? Like wearing a face mask or getting a COVID-19 vaccine shot.

That is the trouble. Everyone will have their own science and won’t hesitate to inflict it on anyone who disagrees, whether it is verified or not.

Social nagging is about to become a national pastime. I can hear it now: “Why do you drive a gasoline car? You know, your fire pit is a carbon source.” Or “Did you think about the carbon consequences when you booked your vacation in Europe?”

How ghastly the moral superiority of the anti-carbon warriors will be! I can imagine them saying “I can’t imagine why people don’t buy electric cars. We have had one for three years.” Or “Your oil-heated house is a pollution source. We have installed solar rooftop panels. Passive solar houses should be mandated by the government.”

Remember the anti-smoking crusaders? I am afraid you haven’t seen anything yet. The very real climate threat is going to unleash a whole new tribe of social scolds.

Electric utilities are in the crosshairs and there will be no end to their vilification. Watch out for the environmental experts, who once urged the use of coal over nuclear, to take charge of the future with some other counterproductive policy nostrum.

The UN’s climate change panel has declared a clear and present danger. It is a threat that has been growing and largely laughed off over 50 years. I, for one, first heard of the idea of global warming in 1970, when it seemed very remote and a little crazy. It is neither remote nor crazy now. It is at hand, and it should affect a lot of thinking.

In the near term, common sense would have us ship our natural gas abroad so that China, India, and many other countries stop burning coal; not as the anti-carbon warrior would have us close down our production. The best longer-term hope is more science on carbon capture and nuclear power. It is foolish to worry about nuclear waste lasting 10,000 years when, if we keep on the current climate trajectory, life won’t exist in the nearer future on planet Earth.

The fact is that while the science of climate change is well understood, the solutions aren’t. For example, those who would denounce natural gas, which is far less polluting than coal, don’t know the lifecycle costs of the two advocated alternatives, wind and solar.

To build a windmill, you need a large concrete base and a steel tower, both of which are manufactured through carbon-intensive processes. At the end of the life of a turbine, about 25 years, the giant blades, which are mostly made of carbon fiber-reinforced fiberglass, will be disposed of in landfills. The blades can’t be recycled, unlike the steel towers and other components.

Both the manufacture and disposal of solar cells have considerable environmental impact. The impact in making them is known, but the impact of their disposal in landfills isn’t known.

Going forward, the need is to know the science, encourage innovation, and not bow to culture activists who would wish their solutions on the rest of us. When I was a boy, asbestos was the miracle substance, recommended for inclusion in everything because it was fire-resistant. If you didn’t use asbestos, the fire alarmists came down on you.

The moral? Beware of simple solutions to complex problems.