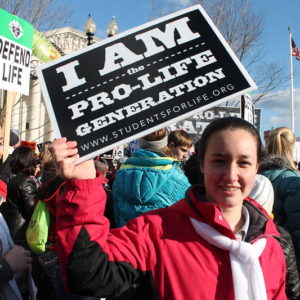 The U.S. Supreme Court is taking up the issue of abortion, kicking off yet another round in the debate in this country. It centers on the existence of certain rights that each side respectively claims to permit abortion on the one hand, and prohibit it on the other; namely, a woman’s right to privacy and a fetus’s right to life. Unfortunately, the debate is typically and simplistically cast in terms of absolutes: An absolute right to privacy overrides all other contradictory interests; similarly, an absolute right to life overrides all other contradictory interests.

Indeed, each side goes even further and disputes the very existence of the countervailing right. Conservatives argue a right to privacy simply does not exist because it appears nowhere in the text of the Constitution, and liberals argue that a right to life simply does not encompass a fetus as a constitutionally cognizable person.

As far as present caselaw goes, the court has largely sided with the liberals, holding that a fetus is not a person deserving of constitutional protection, at least up until viability. And the court has located the existence of the right to privacy in the Constitution’s Due Process Clause, which provides in relevant part that: “nor shall any State deprive any person of life, liberty, or property, without due process of law.” Here the court has looked to the liberty interest protected by the clause as expanding beyond mere incarceration to encompass a right to privacy, or a right to be let alone. Yet a fair reading of the clause is that it addresses only process, or procedures, involved in the deprivation of a right, which presumably the government may effect so long as it does so through “due process.”

In response, the court has developed the doctrine of “substantive due process,” as opposed to the “procedural due process” that appears on the face of the clause. This doctrine recognizes the existence of certain “unenumerated rights”—rights that are so special and historically grounded that they are deemed worthy of constitutional protection. Think of the right to raise one’s own children. We would be shocked if the state could simply intervene for no reason into that relationship.

But is there a way to think about the abortion question in a manner other than absolutes, such that we may recognize both the right to privacy and the right to life?

Here an important point must be made about the nature and construction of the Constitution. Unlike some other constitutions, it does not create a hierarchy of rights. For example, the German constitution places human dignity at the pinnacle of its structure, giving that right the power to override all other rights. By contrast, the U.S. Constitution contemplates tradeoffs between rights. For example, the First Amendment’s right to free speech runs out of steam when it runs up against safety such that one cannot yell fire in a crowded theater.

Taking this view, the court could recognize the existence of both the right to privacy and the right to life and balance the two while still making a constitutional judgment on which right prevails in a certain context. That would be a more nuanced and sophisticated analysis that appreciates the importance of both rights instead of just telling one side that their right simply doesn’t exist. It is here that the court would have to make a call: At what point does a women’s privacy right in her own body give way to a fetus’s right to life?

Anthony J. Colangelo is Gerald J. Ford Research Fellow and Professor of Law at Southern Methodist University Dedman School of Law, and senior associate at Nautilus Institute for Security and Sustainability. He wrote this for InsideSources.com.