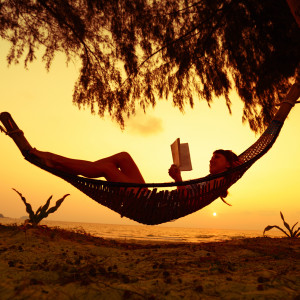 To assist those looking to curl up with a good book, ITIF presents its 2014 Innovation and Tech Policy Reading List. The list identifies the books that best add to the innovation and competitiveness policy debate. We also save you the time of having to read books that detract from the debate.

Below is a list of the top five books we recommend for this year (In alphabetical order by author’s last name):

Uncharted: Big Data as a Lens on Human Culture by Erez Aiden and Jean-Baptiste Michel

Inspired by their research as applied mathematics graduate students at Harvard, Aiden and Michel, analyze the emerging discipline of “culturomics.” This field of study attempts to address sociological questions through quantitative analysis and can be a useful tool for improving research and policy in a host of fields including economics, education, and the law. Aiden and Michel offer key insights on how “big data” is changing how we view society and culture and how it can be used to create new methods of inquiry and new solutions to the challenges we face.

Yes, we plead guilty of self-promotion. Written by ITIF President Robert Atkinson and Senior Analyst Stephen Ezell, Innovation Economics was released in paperback in 2014. It delivers a critical wake-up call, arguing that a fierce global race for innovation advantage is under way, and while other nations are making support for technology and innovation a central tenet of their economic strategies and policies, America lacks a robust innovation policy. Unless the United States enacts public policies to reflect this reality, Americans face the relatively lower standards of living associated with a noncompetitive national economy.  The authors explore how a weak innovation economy not only contributed to the Great Recession but is delaying America’s recovery from it and how innovation in the United States compares with that in other developed and developing nations.

Big Bang Disruption: Strategy in the Age of Devastating Innovation by Larry Downes and Paul Nunes

Business books about corporate innovation tend to be a dime a dozen, but Downes and Nunes’ offering provides useful, practical, and accessible insights and recommendations for practitioners of corporate innovation. While those looking for a well-developed theory of corporate innovation, a la Clayton Christensen’s The Innovator’s Dilemma or The Innovator’s Solution may be disappointed, the case studies and analysis presented in the book effectively convey the accelerated pace of innovation in the modern business environment and the urgency and alacrity enterprises must display. While unfortunately the book is a bit too prone to hyping techno-exponentialism, there is little doubt that emerging technologies have directly accelerated rates of innovation in a range of downstream industries. For example, computer-aided design (CAD) technologies have played a major role in reducing design cycles for everything from vehicles, buildings, medical devices, and semiconductors themselves from years to a matter of months. The authors are also spot-on to argue that this means that all businesses must now innovate at the pace established by the information technology industry.

In this this insightful analysis of the impact of government on the economy, Mazzucato argues only the state possesses the vision, resources, and long-term commitment necessary to facilitate large-scale innovation. She also debunks the myths that the private sector operates as a solo actor and that innovation just occurs like “manna from heaven.” She concludes by presenting the risk/reward tradeoffs faced by governments, taxpayers, and private-sector actors in promoting innovation-based economic growth and the ultimate impacts on society as a whole.

Phelps’ Mass Flourishing analyzes the factors that allow some societies to “flourish” in terms of both material wellbeing and the good life and others fail. He argues that flourishing societies are marked by “a considerable degree of dynamism—that is the will and capacity and aspiration to innovate…and to leave aside current conditions and obstacles.”

The book then utilizes the example of the United States to highlight a once flourishing society that is now stagnating in part because it is resting on its laurels. As Phelps says, America seems increasingly less willing to “leave aside current conditions and obstacles,” and embrace new ideas, new industries and new innovation. It should be noted that Phelps does under play the significance of public efforts to support innovation. As ITIF has written, the U.S. government has played a key role in supporting the development of many of the most transformative technologies responsible for our mass flourishing. All in all though, this is an important book in helping to understand the path to revitalize American innovation.