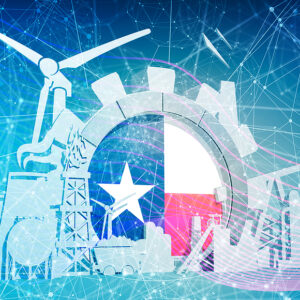 The polar vortex which incapacitated much of the electric grid in Texas is gone, but the financial vortex is happening now in the state and will be around for years, if not decades.

Farmers are ruined, businesses large and small are ruined or very badly hurt, and the electricity generators of Texas are in extremis. Some of them, like Austin, Brownsville, and San Antonio, are owned by the cities where they are located. Those cities must now find the money to keep their utilities operating without dragging down city finances.

The damage extends across the wide range of electricity generators in Texas, from big ones like American Electric Power to small electric co-ops. Nearly all are in dire straits, some owing billions.

This isn’t just a Texas crisis, but a crisis for the whole nation. It will reverberate across America in higher food prices and a new interest in the resilience of the electric grid, mandating big expenditures to harden it everywhere. What happens in Texas doesn’t stay in Texas, you might say. Almost everywhere, electric ratepayers will pay for a more robust grid going forward.

So far, the political response in Austin has been to find someone or something to blame. As the crisis unfolded, Texas Gov. Greg Abbott (R) appeared on Sean Hannity’s Fox News program to blame frozen windmills. He had the filed charge before he had assembled the facts.

The main problem was with gas: lines, instruments, and pumps froze. Abbott modified his utterances later and turned instead to lambasting the Energy Reliability Council of Texas (ERCOT) for its failures.

The regulator responsible for ERCOT, the Public Utility Commission of Texas (PUCT), is appointed by none other than the governor. At hearings in the legislature last week, there were calls for the resignation of its chairman, DeAnn Walker. She blamed ERCOT, forgetting that she was supposed to supervise that body.

Texas is a proud state which loves the legend of white-hatted men on horses, riding to the rescue.

Well, there is such a man, whom the governor would do well to call upon. He is Pat Wood III, a Texan through and through with unique qualifications for the job of crisis czar in his native state.

Wood is a Republican and former chairman of the Federal Energy Regulatory Commission (FERC) and the PUCT. At the FERC, Wood moved swiftly, as its new chairman in 2001, to resolve the electricity crisis in California, following the Enron scandal. Appointed to the FERC by fellow Texas George W. Bush, Wood garnered praise across the political spectrum and the utility industry for his actions.

At a Feb. 26 press briefing I organized and hosted in collaboration with the United States Energy Association, Wood said, “I take ownership for what I set up.” He was the architect of the Texas market.

Wood, who is now CEO of Hunt Energy Network, also said he was frustrated that he wasn’t in a position to do anything in the continuing crisis.

A crisis czar would do much to make Texans feel there is hope, someone who understands and cares as they face financial ruin, along with many of their electric suppliers, and someone who knows the unique Texas electricity market.

At the press briefing, Wood said the first thing is to find out “where did the money go?” Two questions that need answering are whether there was financial manipulation and whether, when fuel and electricity prices were rushing up, gas traders held supplies off the market, something that happened in California in 2001.

To be effective, the Texas czar would have to have subpoena power and be able to hire investigators. He could investigate whether a small number of companies legitimately earned their huge profits and whether some of that money could be clawed back. He would have to have the courage to annoy vested oil and gas interests in the state.

One man, Felix Rohatyn, rescued New York City from insolvency in the 1970s. Wood, I believe, could do the same thing for Texas.

If Gov. Abbott doesn’t appoint Wood to a czar-like position, he should at least have his number on speed dial.