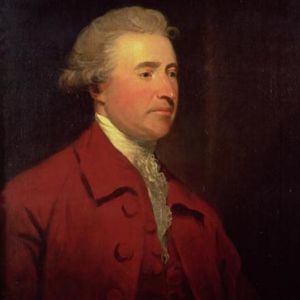 The Voice of Edmund Burke Speaks Across Time

Impeachment is a procedure of last resort. It is for when those governed are unable to abide the excesses of one person or more doing the governing. It owes its genesis to England and was a remedy for the Parliament to remove, or have removed, agents of the Crown (the king) whose conduct was egregious and contrary to the public good.

It goes back to the 14th century. The language is the language of the day, peculiarly vague in today’s proceedings. “High crimes and misdemeanors” was one of those phrases that everyone in the context of the day knew what it meant. “Conduct unbecoming an officer and gentleman” is another such phrase loaded with meaning but deliberate in its obscurity.

It was not until 1788 that Edmund Burke, the great Anglo-Irish orator, moralist and member of Parliament, really put flesh on the skeleton of impeachment. During the impeachment of Warren Hastings, the first governor-general of Bengal and employee of the marauding British East India Company — which had been acting as a government in India before it was annexed by Britain. He was the agent of what was little more than a criminal enterprise.

It can be argued in today’s crisis it is the exercise of arbitrary power by President Trump that lies behind the U.S. House’s move to impeach. Arbitrary power in diverting funds not approved for that purpose to building a wall on the southern border. Arbitrary power in restricting Congress’s entitlement to investigate the executive branch. On and on the use of what many would call arbitrary power, from abrogating treaties, abandoning allies, trashing traditions, and reversing previous settled issues, like the Deferred Action for Childhood Arrivals.

All this, Trump asserts, is constitutional under Article 11. In essence, he has said, “Arbitrary power is mine.”

That is what lies behind the urge to impeach Trump. He is claiming to be, in conduct and statement, above the Constitution and the law. Ergo, he should be impeached.

But no. Impeachment, as Burke and his allies found, is a trap unless followed by conviction. In Hastings’ case, impeachment was up to the House of Lords and, despite the pleading of Burke and others, it declined to impeach after the procedure had dragged on for seven years.

Given the pusillanimous nature of the Republican-controlled U.S. Senate, its seeming preparedness to overlook damage to the constitutional order of governance and all the cascading damage to come down through the years, Trump’s acquittal is to be feared.

Trump in a second term, with the sense that he had been vindicated, would have no regard for law. He would feel emboldened to exercise arbitrary power in the most egregious way, rewarding his business interests and punishing his enemies, real and imagined.

As others have suggested, a better path for Democrats to pursue in the present constitutional crisis might have been to censure Trump, while looking to the courts to restrict him where possible. A less dramatic indictment, but also less of a future danger.

Republicans have developed an interesting defense of their own. Call it “the eye-rolling, tut-tutting.” They do this whenever Trump is raised in conversation, but they will not curb him in the Senate or speak out in public. Political cowardice.

These lily-livered legislators might find courage if they read on in Burke’s pleading in the matter of Hastings: “Those who give and those who receive arbitrary power are alike criminal; and there is no man but is bound to resist it in the best of his power, wherever it shall show its face to the world.”

There is much more from Burke. It is meaty, relevant stuff.