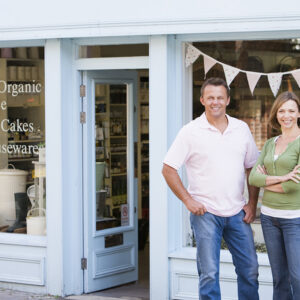 The War on Small Business

Although 10 million people remain unemployed, small business owners have taken the brunt of this nightmare. Lockdown policies were so bad for them that it’s hard to believe they weren’t specifically targeted. States made all manner of exceptions for “essential” businesses, but the lion’s share of the “non-essential” businesses were small businesses. As a result, nationwide, more than one-quarter of them have closed permanently. This is no small matter as, collectively, small businesses employ roughly half of all American workers.

And for those small businesses that have actually managed to stay afloat, they might soon have to deal with the IRS. In a display of remarkable tone-deafness, the IRS announced in November that it intended to increase small business audits by 50 percent next year. Let that sink in for a moment: In a year in which 25 percent of small businesses have gone bankrupt, the IRS has determined it needs to make a greater effort to ensure that small businesses are paying enough taxes. Regardless of whether it’s warranted, this comes off as more bullying in a year full of bullying.

Not to be left out, President Joe Biden announced he intended to push for an increase in the federal minimum wage to $15 an hour. While Biden claims that will raise 1.3 million workers out of poverty, the Congressional Budget Office estimated it will actually destroy 1.3 million jobs. Given that small businesses have far fewer resources than large corporations, and that large corporations are more likely to be paying workers more anyway, the lion’s share of those 1.3 million jobs are likely to come from – you guessed it – small businesses scaling back or closing.

And what of the small business owners who manage to survive the lockdown, the IRS audits, and the minimum wage hike? Biden will see to it that their children think twice about becoming small business owners themselves when he takes one last pound of flesh through a ramped-up estate tax. Politicians trot out the estate tax every time they want people to think they are “taxing the rich.” The truth, though, is the estate tax is particularly hard on family businesses. The idle rich can afford legions of lawyers and accounts to find legal ways around the estate tax. Many family businesses avoid the estate tax by deliberately not growing large enough to trigger it. And those that do typically have buildings, equipment, and machinery that are, on paper, worth enough to trigger the tax but don’t have much cash. When children inherit those businesses, the IRS requires them to come up with the cash to pay the tax. That means selling off the business, in whole or in part, to raise the money. And so the estate tax has the effect of whittling away the number of family businesses, year after year. The big winner? Large corporations that pick up the pieces left behind.

None of this is deliberate, but that’s cold comfort to the people who have to pay the price of a perfect storm of bad luck and misguided policies. In times of crisis, people assume the government is working to alleviate people’s suffering.  But from the perspective of small businesses, it looks more like the government’s goal in 2020 was to shoot the country in its collective metaphorical foot. So far, it looks like its plan for 2021 is to shoot the other one.