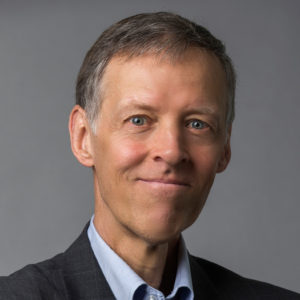 The following interview with the Innovation Technology and Information Foundation’s founder and president Rob Atkinson is part of an ongoing series of Q&As with leading policy professionals in Washington, D.C. This interview is edited for brevity and clarity.

InsideSources: What inspired you to found ITIF?

Rob Atkinson: I had been in Washington since 1989 and when I finished my Ph.D., I was hired by the National Institute of Standards and Technology, then over at the Office of Technology Assessment, so I was doing this for a while. Two things really spurred me to start ITIF: one was what I thought was going to be increased focus of technology policy issues in Washington, and secondly I didn’t really see any other organization playing a role to advise policymakers on these tech issues, so I thought there was a vacuum and thought I could fill it.

InsideSources: Tell me about some of the biggest policy issues ITIF is focused on right now.

Rob Atkinson: Things like Section 230 reform, or lack thereof, or how do we think about rights and responsibilities of tech platforms, that’s one. Anything related to AI policy, particularly how do we advance AI more in the U.S. for competition reasons? And 5G, how do we move forward with that deployment?

We also focus on other areas people don’t think about. We actually have a robust clean energy initiative going on. We really think that innovation is the sole answer, frankly, to climate change, and we’ve got to do a much better job there. We’re also doing a lot of pushing back against the TechLash, [and the idea] that somehow technology is eroding the foundations of our society. And [we also work on] privacy — how do we get a national framework that’s not too light and not too heavy?

InsideSources: What do you think are some of the biggest misconceptions surrounding tech issues?

Rob Atkinson: On the privacy one, I think there’s a bunch of them. There’s this view that many of the Europeans have — and frankly, many Americans — that the stronger the privacy rules, the more trust; and the more trust, the more digital use and adoption. So the Europeans have justified the GDPR based on, well, more Europeans are going to trust the internet now and use it and move ahead in a digital society and economy. And that’s fundamentally wrong.

As we’ve shown in a report, trust in the internet is higher in the U.S. where we don’t have stronger privacy laws. So that’s one area. I think another area is AI. There’s a view now held by many people that AI is inherently biased. It’s very different than saying some applications have been biased. And that’s just wrong. The other is that facial recognition is a surveillance technology, and it’s not.

InsideSources: Which issue are you most passionate about?

Rob Atkinson: At the broadest level, I am passionate about technological innovation. I’ve been passionate about it ever since I started working on my Ph.D. in the 1980s. To me, when I look at the world, and how it’s gotten better in many cases, I see technology as the enabler of that. When I look to the future and think how are we going to solve problems — like raising up living standards for people or reducing diseases or carbon pollution —  it’s technology, no question. It’s an incredible force for that, but that’s not to say there should never be any rules or frameworks about it.

InsideSources: What triggered your interest in tech issues and technological innovation?

Rob Atkinson: I was enrolled in my master’s degree program at the University of Oregon because, at the time, I wanted to become a city planner and see how we could shape the environment to suit people’s lives. It was during that time that the Oregon economy started to fall apart. There was a huge recession, and the lumber and wood products industry was in crisis. There was a story in a local paper there about how they burned down an entire town because it was a logging town and they didn’t need anymore. And that really was a function of technological innovation, that’s how we could maintain our global competitiveness, improve our standards living.

So when I went to get my Ph.D. at Chapel Hill, that’s what I really focused on, how does technological innovation occur in business, what are the ways government can help it or retard it? That was the spur. Then I was at the Office of Technology Assessment, which was eliminated, and I was looking at the role of IT, particularly in the services economy. When I was doing that it was a total eye-opener, like oh my gosh, there’s an amazing set of technologies here.

InsideSources: Are there any experiences that stand out for influencing your political views and policy positions?

Rob Atkinson: I guess the main one is looking at these issues, almost all of them are very complex and require some mix of both private sector innovation and entrepreneurial action as well as some kind of government role, and yet when I look at many of the advocates in this debate, they’re extremely ideological.

I remember once being in a salon dinner and some free-market conservative guy from a think tank said the role of government in technology is minimal, just look at the internet. Snd you just have to laugh because, do you know how the internet came about? It was a Defense Department contract. I get that it was mostly American companies and entrepreneurs that built on that. And you have the same view on the left, too many people on the left want to minimize or demonize the role of the private sector in innovation.

Seeing the deeply ideological divided debates we have in this country around tech policy has reinforced to me the importance of a more pragmatic centrist approach that looks at each issue on its merits and doesn’t assume ahead of time that it’s a private solution or a public sector solution.

InsideSources: What politicians, economists and other influencers have influenced your views and policy positions?

Rob Atkinson: One of the major influences on my thinking is Joseph Schumpeter, a famous Austrian economist at Harvard economics. He coined the term “creative destruction” around technology, so he’s ‘The Godfather’ of understanding technology from an economics perspective. Then Richard Lipsey, a Canadian economist who has written extensively about big technology innovation and how it comes about. I really find most conventional economists are frankly not very useful or informative to understanding innovation, but there are a few. I’d put Paul Romer in that category, I’ve really appreciated his work over the last 20 years. Economists think everything is related to prices and don’t really understand how innovation works.

InsideSources: Do you have any nerdy, unique hobbies?

Rob Atkinson: I play solitaire on my phone. I’m an avid bike rider, I put 1,500 miles a year on my bike, I commute to work on my bike, I’ve been doing that since I came to Washington. I also love reading — I’m an avid reader of WWII history. I’ve gone through all the parts of it, the Russian front, the European front, I just finished a book on the U.S. Naval/Pacific war side, I think it was called The Admirals. It was really a great book, it was about the four major admirals in WWII. It was really interesting. I had not really known much about the naval part of WWII, which of course it was really important in the Pacific, but also the Atlantic. It was really insightful. The U.S. and China in WWII have been my interest recently. I think it will go down in history as one of the worst foreign policy decisions we ever made, to let Mao win.