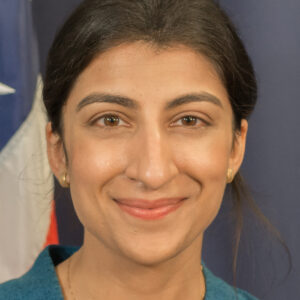 The Wrath of Khan

In her first few months as chair of the Federal Trade Commission, Lina Khan has already radically reshaped American antitrust enforcement. Given Khan has long been a vocal advocate of progressive antitrust reform, it’s no surprise she’s been shaking things up as head of the United States’ primary antitrust enforcement agency.

Unfortunately, even the most sensationalist forecasts could not have predicted just how radical Chair Khan’s actions would quickly become. From overturning well-established policy to instituting a public relations gag order and a command-and-control style approach to FTC administration, Khan is fundamentally changing the FTC and how America approaches competition policy.

Khan’s nomination to the FTC was set to be divisive from the very start. The fact that she was a mentee of progressive tech critic Barry Lynn and a leading name in the “Neo-Brandeisian” antitrust movement certainly hinted she would not be a run-of-the-mill commissioner while at the FTC.

In one of the most divisive confirmation votes in FTC history, Khan received unusual pushback as 28 senators voted against her. Even more telling, she received this pushback despite the fact that Biden withheld from Congress the fact she would be chair and announced it only after she had already been confirmed. Her nomination would have almost certainly been even more contested had Republicans known beforehand that she would be the one running the show.

And like clockwork, Khan wasted no time affirming the fears of her detractors. Despite her previous calls for increased transparency and public involvement, Khan has seemed profoundly uninterested in receiving feedback from the public. She has held four open meetings since she was first confirmed to the FTC, providing less and less notice and time for public comment each time. The Commission didn’t even listen to oral comments until after the votes actually took place and Khan gave her fellow Commissioners no time to review, let alone meaningfully consider, written comments by making them due immediately before the votes occurred.

Much like the disregard for public feedback, the FTC under Khan appears to have no interest in internal feedback, either. Within less than a week after her confirmation, Khan’s chief of staff issued a gag order on FTC officials, prohibiting staff from participating in public events or speaking to the press. Khan has doubled down on this command-and-control style approach by walling herself off from the wider Commission while consolidating decision-making within her office. In the words of one longtime FTC employee, “She doesn’t care at all what we think. There’s just no respect there.”

In spite of this lack of feedback, Khan has ushered in some of the most radical, sweeping decisions the FTC has seen in decades. In her first open meeting, Khan and her Democrat-appointed colleagues voted to divorce FTC enforcement from the goal of promoting consumer welfare, slash procedural rulemaking safeguards, and greatly expand the FTC’s investigation activities. In her second open meeting, they drastically increased the number of merger cases that require prior approval. And in the third, they overturned vertical merger guidelines that had been issued jointly by the FTC and DOJ only a year ago.

Each meeting has had the same end result— throwing the well-accepted policies of prior commissions in the trash. Decades’ worth of carefully considered, bi-partisan policy are being tossed aside in the span of a couple of months. And by eliminating policies that greatly curbed the Commission’s enormous power and far-reaching scope, what’s the end result? An approach to FTC enforcement where Khan can unilaterally sit as judge, jury, and executioner.

After Khan’s radical remodeling, she is no longer constrained by the objective standards that focus exclusively on consumers. Khan now has free rein to bring enforcement actions based on her own progressive values. While some conservatives may be happy to watch America’s leading tech companies squirm under her heavy-handed approach to antitrust, Khan has made it clear that her vision will span the entire United States’ economy.

And before progressives cheer these actions, they should remember that power is difficult to take away once it is given. They may be thrilled with the actions of Khan, but will they be as happy about this power once the next Republican administration takes control?

Antitrust is a powerful cudgel and one that should be used with an abundance of caution. Unfortunately, Khan has decided that punishing businesses she doesn’t like is more important than preserving guardrails on the United States’ most powerful enforcement agency or listening to feedback from experts and the public.

Trace Mitchell is Policy Counsel at NetChoice, a trade organization. He wrote this for InsideSources.com.