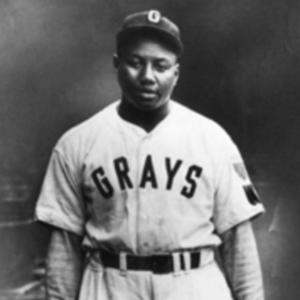 There is a Better Way to Honor the Negro Leagues

The most corrupting lie is a poorly told truth. Major League Baseball has decided to count Negro League records alongside Major League records and commissioner Rob Manfred recently said, “We are now grateful to count the players of the Negro Leagues where they belong: as major leaguers within the official historical record”. Despite his good intentions, this is a truth poorly told. The crux of the problem is Negro League players could never have been major leaguers, not because of talent but because the very racism that kept them outside the major leagues means their statistics cannot be retrofitted.

Without question, the best Negro League players could have competed successfully with the best major leaguers. We don’t need numbers to tell us that. Baseball historian Bill James rated Negro Leaguers Oscar Charleston and Josh Gibson in the top ten greatest players of all time: Charleston, a centerfielder, fourth behind Babe Ruth, Honus Wagner, and Willie Mays and ahead of Ty Cobb, Mickey Mantle, and Ted Williams. James rated catcher Josh Gibson ninth greatest, ahead of Stan Musial and Joe DiMaggio.

Yet even among baseball fans, how many have ever heard of Oscar Charleston?

The Negro Leagues were a loose collection of several leagues from around 1920 to the early 1950’s. They faced formidable odds during a time when there were between 10 and 15 million Black people in the United States, most of whom lived in the South. To survive financially, the Leagues had to establish a fan base among the limited number of Blacks living in the North. Shunned by white banks and denied operating capital, teams were forced to play erratic schedules and barnstorm from Canada to the Caribbean in order to remain financially viable. Chronic money problems meant player contracts were often disregarded and players jumped teams frequently. Even so, many teams folded. It is a testimony to Black baseball that in later years they could hold All-Star games that drew 40,000 people. Eventually, the Negro Leagues managed to set the table for baseball’s successful integration – one of the first industries in the country to do so.

Unfortunately, amidst all this tumult, player records were an afterthought and poorly maintained. It has taken baseball archivists years to recreate these statistics, which are admittedly incomplete and often inaccurate. They can’t be simply grafted on to MLB records, no more than we could listen to the sound of cornetists Chet Baker (white) and King Oliver (black) playing together. In fact, it’s easier to compare Baker and Oliver because at least we still have their recordings.

What should MLB do for the Negro Leagues? Along with giving financial support to the handful of remaining Negro Leaguers and the aging Black MLB players from that system, the most important thing is to provide the forum and memorialize the players’ stories for posterity. Don’t reduce these men to mere statistics.

The Negro Leagues are steeped in legend, which the MLB should celebrate. Josh Gibson and his prodigious 500-foot home runs that only Babe Ruth could match. Oscar Charleston playing centerfield positioned right behind second base and taking off at the crack of the bat to track down fly balls – like Willie Mays only faster. Satchel Paige telling the fielders behind him to sit down for an inning as he proceeded to strike out the other side.

Mention should also go to the white superstars like Babe Ruth, Ted Williams, and Bob Feller, who in defiance of authority, supported, played against, and barnstormed with Negro Leaguers. Finally, MLB should redress a wrong and put Minnie Minoso in the Hall of Fame. Minoso was the first Black Latin player, who faced many of the same challenges as Jackie Robinson. He was an All-Star in both the Negro Leagues and the Major Leagues, and his major league statistics are comparable to those of Robinson.

The lesson here transcends batting averages or home runs. No matter how beneficent your motives, social justice is not promoted by rewriting and sanitizing history. In this case, combining Negro League statistics with Major League statistics is not inclusive; it is patronizing and ultimately deceptive. It will do little to build new audiences, but will do much to destroy the game’s background from everyone’s vantage point. If the intent is to elevate the status of the Negro Leagues, especially in the minds of young people, the worst thing you can do is to deny what those players endured. The truth speaks to their nobility and provides a more complete picture of baseball and 20th Century society. And in this area, as in so many others, we owe it to ourselves, and more importantly to the next generation, to tell the truth rather than a whitewashed fairy tale.