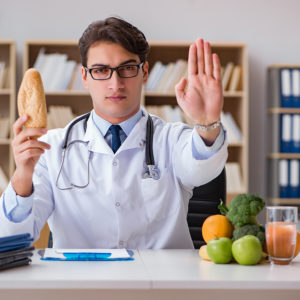 There’s No Federal Cure-All on Nutrition

Former U.S. Food and Drug Administration Commissioner David Kessler and others recently suggested that the time has come for a new federal department devoted exclusively to nutrition. Although the nutritional problems they identify in America are serious and compelling, their proposal to add a shiny new federal department — what they envision as a “National Institute of Nutrition” — is not.

The authors cite a study that estimates that there were 318,656 deaths in 2012 from a “suboptimal intake of dietary factors … related to excess sodium intake, insufficient intake of nuts/seeds, high intake of processed meats, and low intake of seafood omega-3 fats.” Tellingly, these foods and nutrients have been controversial with respect to how they relate to disease.

For example, the FDA is still not entirely convinced about the benefits of omega-3 fats in seafood; nuts have gone from being high-fat heart killers to superfoods; and red meat’s relationship with colon cancer is so contested that the World Health Organization disagreed with its own International Agency for Research on Cancer about the effect.

Why, then, would we expect a new federal institute to give us “better answers” than the information that fills nutrition journals around the planet with multiple, and often conflicting, conclusions?

If anything, federal agencies are bastions of established viewpoints. They’re slow to change their collective minds about anything — the organizational equivalent to a gigantic ocean tanker, taking miles to make even slight turns. Supreme Court Justice Stephen Breyer once described federal agencies as having “tunnel vision, an agency’s supreme confidence in the importance of its own mission to the point where it leaves common sense aside.”

Physician and author David Katz, also skeptical of a new nutrition agency, writes, “Science acquires information and understanding incrementally, additively and relentlessly — the very definition of progress.” Similarly, in speaking about the “growing consensus” of researchers who are re-thinking the dangers of dietary cholesterol, former Harvard Health executive editor Patrick Skerrett notes, “Science, including nutrition science, is a process of change. New findings emerge that nudge aside old thinking and prompt new recommendations.”

Will useful information emerge from a new federal institute? Perhaps. But so will organizational dysfunction, special interest influence and bureaucratic agendas that make it difficult to tell whether or not that information represents the best scientific consensus.

Investigative reporter Nina Teicholz documents in her book “The Big Fat Surprise” how scientific “consensus” on diets has been achieved by strong personalities who excluded skeptics from funding sources and publishing outlets, or accused them of being “industry funded spokespersons.” She also documents how the departments of Health and Human Services and Agriculture went along with this controversial consensus. Though her nutritional conclusions remain controversial, her description of the process seems accurate.

Similarly, a former editor of the British Journal of Nutrition, D.A.T. Southgate, charged that an article he wrote for his old publication was reviewed as “well argued” but rejected because it was not “nutritionally politically correct.”

Science has been taking it on the chin lately, thanks to discoveries that much of what is published is not replicable. It will recover, but remember that like any competitive market, science is messy, with thousands of journals attacking, challenging and confirming conclusions.

What we think we know changes. Another government organization, complete with federal money and pressure, massive lobbying, and bureaucrats with vested interests in specific viewpoints, is as likely to delay the discovery of truth as it is to enhance it.