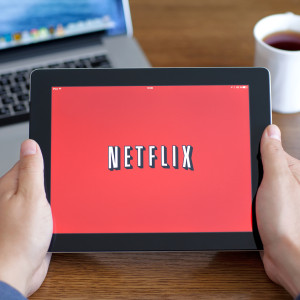 There’s Nothing Neutral About Net Neutrality

Despite what you may have heard, net neutrality is not about protecting consumers from rapacious Internet Service Providers (ISPs).  It would not make broadband more available in rural America, or lower prices for small businesses.  And it has nothing to do with protecting free speech or dissenting voices.  Net neutrality is crony capitalism pure and simple – an effort by one group of private interests to enrich itself at the expense of another group by using the power of the state.

For all the arcane talk about “Title II” and “common carriage,” this is not complicated.  The rules favored by net neutrality advocates would ban or restrict payments from one type of business – “edge providers” – to another type of business – broadband ISPs – while placing no limits on what ISPs charge consumers.  It is easy to see why edge providers like Netflix would lobby for such rules, but difficult to understand how they would benefit consumers or serve the public interest.

Indeed, the arguments advanced by net neutrality advocates don’t withstand even momentary scrutiny.  Do broadband providers enjoy too much market power – are they “monopolists”?  Not according to the Federal Communication Commission, which waxes eloquent about the strong performance of the broadband marketplace, citing the billions of dollars invested each year and the rapid increase in speeds and performance.  And while much is made of consumers’ limited choices, the broadband market is actually less concentrated than the markets for search engines, social networks, and over-the-top video services: discriminatory regulation of ISPs cannot be justified on the basis of market power.

Other arguments for regulation are just as flawed. For example, net neutrality advocates say that without new regulations, ISPs would discriminate against Internet start-ups.  But such discriminatory pricing hasn’t occurred so far, and no one can explain why ISPs would want to impede the ongoing explosion of innovative content and applications that makes their services valuable in the first place – especially since such companies pose no competitive threat to the ISPs.  Nor can anyone cite an example of an American (as opposed to Chinese or Russian) ISP muzzling a dissenting voice or limiting free speech.  In fact, to the extent that any firms in the Internet ecosystem have issues with free speech, it is the content providers like YouTube and Yahoo, who are under constant pressure (which they mostly, and laudably, resist) to take down “offensive” material.

Finally, there’s the argument about fast lanes and slow lanes, or, in regulatory jargon, “paid prioritization.”  The simple reality is that edge providers like Netflix require prioritization for their services to work.  It’s just the “paid” part they don’t like.

The key to understanding net neutrality lies in the fact that broadband ISPs operate in what economists call a “two-sided market.”  One side consists of consumers, who value access to content and applications; the other side consists of content and application providers, who value using the network to reach the customers.  Such markets are not unusual: newspapers, for example, serve both advertisers and subscribers.  The challenge for such firms is to set prices for each customer group in such a way as to attract the optimal mix:  newspapers need enough advertisers to keep subscription prices low, but they don’t want too many ads because it would drive away readers.

The FCC’s primary theory of net neutrality regulation is that the edge providers generate so much innovation and other “external” benefits that they should be subsidized by the other side (that is, by consumers) through a rule that forces consumers to pay 100 percent of the costs of the network while edge providers pay zero.  This is a fine theory – but there is not a scintilla of empirical evidence to support it.  Indeed, academic research suggests the external benefits generated by ISP’s investments in broadband infrastructure are likely at least as large as the benefits from innovation at the edge.

At the end of the day, the one unarguable fact about net neutrality regulation is that edge providers, big and small, and those who fund them and profit from their success, have a powerful economic interest in getting the FCC to guarantee free access to the ISPs’ networks.

Many net neutrality supporters are no doubt sincere in believing regulation is needed to “protect the open Internet,” and there is nothing illegal or even immoral about wealthy and well-connected private companies seeking to advance their interests through the use of state power.  But the results can prove highly damaging.  In the case of net neutrality, the danger is that the dynamic, pragmatic, business-and-engineering-driven approach that has made the Internet such a remarkable success will be replaced by an inevitably static, bureaucratic, politicized regulatory regime, not unlike the one that oversees the U.S. Postal Service.

On the global front, a decision by the U.S. to embrace economic and political control of the Internet would legitimize the efforts of tyrants everywhere to impose far more repressive forms of statist intervention.

From a consumer perspective, net neutrality regulation is just one more government-mandated rip-off – another few bucks out of our pockets to subsidize a politically influential interest group.  So, the next time you hear an over-the-top video provider arguing for net neutrality, keep this in mind: there’s nothing neutral about it.

Jeffrey A. Eisenach is a visiting scholar at the American Enterprise Institute. He led the Trump Federal Communications Commission Transition Team.