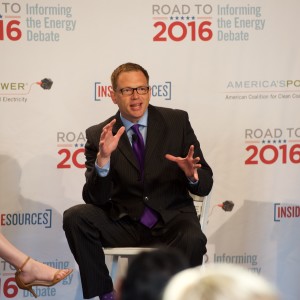 “They Need to Cover Him As the Frontrunner”: Political Reporters Criticize Media Mockery of Trump

The journalists in question — Dave Price of Iowa’s WHO-TV; Ben Hoover, who has spent a decade covering politics in South Carolina; and Erin McPike, formerly of CNN — appeared on a “Race to 2016” panel hosted by InsideSources and America’s Power. Each pushed back against the narrative advanced by much of the national press that Trump’s bombastic behavior and incendiary remarks make him an unserious candidate.

“The national media has had this all wrong,” McPike said, referencing recent polls showing the business mogul leading the race nationally as well as in early primary states. “I think they need to cover him as the frontrunner and take him seriously.”

McPike also argued that media mockery of Trump likely accrues to his benefit, and Hoover said he agreed. 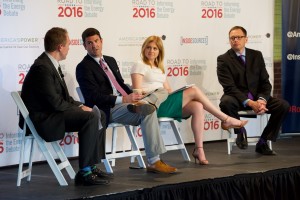 For his part, Price noted the massive attendance at Trump events.

“If you look at the crowds that we’re seeing in our state, his crowds are serious,” the Iowa reporter said. “He has found a way to tap into people who are just ticked off.”

Price described how Trump’s advisors are eschewing any kind of faux-populist strategy, openly flaunting the mogul’s enormous wealth: “He’s going to go to these smaller towns and come in his big plane, if the airport can handle it, or his big helicopter, or whatever, and be the spectacle that he is. And they think that’s going to rile up enough people.”

Tuesday’s panel came as the national political media was riled up by a Monday Daily Beast article reviving allegations Trump’s ex-wife Ivana made against her former husband. The Beast reported that she “once accused the real-estate tycoon of ‘rape,’ although she later clarified: not in the ‘criminal sense.’”

Since last night, Ivana Trump has called the article “totally without merit.” Meanwhile, Donald Trump’s lawyer has apologized for telling the Beast that legally “you cannot rape your spouse.”

Beast reporter Tim Mak wrote that the attorney, Michael Cohen, unleashed a threatening, expletive-laced tirade against him when he requested comment for his story:

“I will make sure that you and I meet one day while we’re in the courthouse. And I will take you for every penny you still don’t have. And I will come after your Daily Beast and everybody else that you possibly know,” Cohen said. “So I’m warning you, tread very fucking lightly, because what I’m going to do to you is going to be fucking disgusting. You understand me?”

“You write a story that has Mr. Trump’s name in it, with the word ‘rape,’ and I’m going to mess your life up… for as long as you’re on this frickin’ planet… you’re going to have judgments against you, so much money, you’ll never know how to get out from underneath it,” he added. 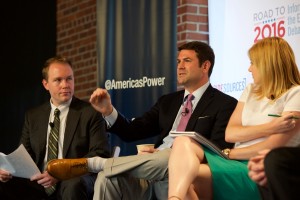 None of this latest controversy came up during the InsideSources panel, and a rival Republican presidential candidate in attendance — former Pennsylvania Sen. Rick Santorum – declined to comment on it.

Asked about Democratic presidential frontrunner Hillary Clinton, the former secretary of state, Price said, “At this point, obviously, it would be a hug surprise if she did not win the [Iowa] caucuses.”

On the subject of money and politics, McPike pointed out that deep-pocketed Super PACs will allow many candidates to remain in the race for an extended period of time, regardless of how well they do in early states.