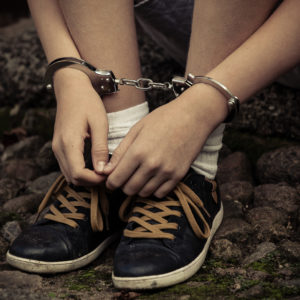 I would pretty much rather do anything than go back to high school. Bullied and sexually harassed, I found school to be a very perilous place. So I stopped going, stayed home, and read books. I was too young to understand what was happening to me or how to fight back, so I took a pass on all of it. In those days, it was called truancy; and it was what the bad kids did.

I wish I had known then that there is no such thing as a bad kid. Kids have problems because they are not getting enough support. Years later, as a public defender representing children and teens in Juvenile Court, I saw repeatedly how true that is. I was amazed at how well many kids do, and it was terrible to see how many people buy into the idea that the child is solely at fault.

Kids need support and encouragement, and putting a derogatory label on them is one of the worst things we can do. That’s why we need to stop calling it Juvenile Court. What do you think when you hear the word “juvenile”? Immature, perhaps sophomoric. Without even trying to, you probably reflexively hear another word that often follows the word juvenile: delinquent. Juvenile delinquent. And what does that conjure? Bad kids: shoplifters, drug users, vandals and — yes —  truants.

Kids have problems because they are not getting the support they need. So calling any child something that evokes that image and that idea is prejudicial. It is damaging and puts them at a disadvantage from day one. That’s why we need to stop using the word “juvenile” as a label for courts that serve children. They should be called Youth Courts because we need to remember that young people are being judged, and young people cannot be judged by the same standards we use to evaluate adults.

There is another reason we need to make sure we talk about youth and not “juveniles,” based on science. Brain development is not complete until the age of 25. Even older adolescents and emerging adults (people between the ages of 18-25) must not be judged by the same standard we judge fully developed adults. Until brain development is complete, people are not capable of making the same judgment calls and exercising the same impulse control as fully developed adults.

Here’s what science tells us. Brain development in late adolescence, ages 18-21, and in emerging adulthood, ages 18-25, means the ability to assess risk, to make decisions (especially when someone is in a heightened emotional state), and to be influenced by peers puts young folks at greater risk. They do not have the same capacity to make good choices and exercise sound judgment as folks with fully developed brains.

No wonder no one has it all figured out at 16. It took me a very long time to get over the memories of being judged harshly by people who knew nothing about my circumstances and what no child should have to face every day. I’m grateful I never had to go before a court of law to explain myself. I would have been terrified, and I would never have been able to explain because I was too young to understand what was happening to me.

Not everyone ages out of poor decision-making, and some will continue to struggle to make good choices and exercise impulse control throughout their lives. But younger people, especially children and teens, are disadvantaged. We cannot hold them to the same standards we have fully developed adults. The very least we can do for young people in court is to remove the harmful label of “juvenile” on them before they get their day in court.

Stop calling it Juvenile Court. It’s the court for children and teens, the Youth Court.

Mara Dolan is a public defender who has represented children in Juvenile Courts in Massachusetts. She wrote this for InsideSources.