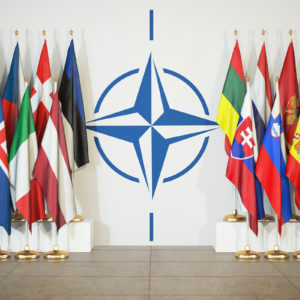 Think Twice Before Admitting Finland and Sweden to NATO

It is an American trait to root for the underdog in any contest that pits David vs. Goliath. Therefore, it is understandable that most Americans (except for extreme MAGA types) are thrilled that Ukrainian forces have pushed the brutal, but hapless, Russian military away from Ukraine’s two largest cities and are gamely taking the fight to a force multiple times as big and strong (on paper).

However, the major problem for the U.S. government now seems to be to weaken Russia without widening the current war, to potentially even the use of nuclear weapons, or increasing the chances of an even grander future war with that great power.

U.S. government officials occasionally have been criticized for succumbing to the dangerous triumphalism of bragging about U.S. intelligence leading to Ukraine’s killing of generals or sinking of Russia’s flagship Moskva, stating that Vladimir Putin should not continue to rule his country, or verbalizing the U.S. goal in arming Ukraine was to weaken Russia.

Yet, everyone in the West, including both Democratic and Republican leaders in the United States, are tripping over themselves to high five over the big score of enticing formerly non-aligned Finland and Sweden into NATO. And why not? The militaries of those two nations have been informally cooperating and training with the alliance for years but had never wanted to join.

It is true that Putin’s aggressive and horrific invasion of Ukraine has been wildly counterproductive in leading to the likely expansion of the very alliance that motivated him to bludgeon Ukraine to stop it from expanding there. (Putin’s blunder also triggered NATO to beef up troops in eastern Europe and spiked Ukrainian nationalism so that most of that nation will never be reabsorbed into Russia.)

The bipartisan push in the United States to induct Sweden and Finland rapidly, however, should be slowed down, so that a more reasoned analysis of this consequential long-term commitment can be conducted. Selling, or even giving, arms to Ukrainians to help them defend their country is one thing but agreeing that the United States will add two more rich countries — ones right on or very near the Russian border — to the 29 nations in Europe that the United States already has pledged to defend from Russia is another.

In the near to medium term, Russia’s abysmal performance in the Ukraine war indicates that its threat to Europe is much less than U.S. officials had led the American public to believe. Instead of expanding NATO, the United States should take this threat interregnum to wean wealthy European nations off the American defense dole. After all, the European Union nations, most of which are in NATO, have a GDP 31 times larger than that of Russia. Because of Russia’s blunder in Ukraine, many European countries are already increasing their military budgets — Germany by a whopping 100 percent — and are clearly capable of collectively defending themselves in the future without the United States.

The United States should be moving toward letting Europe become more (not less) self-sufficient in defense, as French President Emmanuel Macron would like, so that America can redirect its attention to China, a likely bigger threat than Russia. (“Likely” because China very well could prove to be an equally hollow threat — with sophisticated weapons but the unsophisticated, but all-important, martial “glue” of logistics, military experience and know-how, and morale for undertaking an amphibious invasion of Taiwan, which is even more difficult than a land invasion).

However, this more rational policy likely will be lost in the glee of putting another one over on the Russians. America rarely has the introspection to recognize its own role in generating bad events. For example, after the 9/11 attacks, Americans thirsted for revenge from the admittedly heinous terrorist attacks and believed George W. Bush when he said Osama bin Laden attacked the United States because of its freedoms, instead of listening to bin Laden that he had attacked as retaliation for profligate U.S. military interventions in Islamic countries.

This lack of self-examination then led U.S. officials to double down on that same failed policy, enmeshing the United States in the long quagmire of the second Iraq war.

Similarly, the convincing narrative that after the Cold War multiple expansions of NATO (right up to Russia’s northwest border in the Baltics) made it possible for the nationalist Putin to take power in a downtrodden Russia and helped generate his counterproductive invasion of Ukraine after the George W. Bush and the Biden administrations threatened to admit Ukraine (a vital country for Russia on its southwest border) has been swept under the rug. It has been replaced with the self-serving counter-narrative that NATO expansion had nothing to do with Russia’s invasion and that Putin is only afraid of a democracy on his borders, even though the Baltics have been democracies for some time now with no Russian invasion there.

In fact, despite the immorality of Putin’s brutal war, Russia does have legitimate security concerns in its flat and very vulnerable western approaches. It has been invaded multiple times over the centuries by Sweden, Poland, Napoleonic France, and Germany (twice). The last scorched-earth German invasion by the Nazis resulted in 30 million dead Soviets and devastated western lands.

Russia, a large nation, may be down now, but it has been in the dumps before and resurrected its power. Despite its despot’s blunder, the United States needs to avoid humiliating it, as the allies did Germany after World War I, which gave the world the Nazis and an even more cataclysmic World War II. Russia will rise again someday, as Hitler’s Germany did from humiliation piled on humiliation, perhaps next time because of a hostile alliance on its northwest borders.

Realistically, nothing probably will stop the U.S. foreign policy elite from trying to swallow as much of Europe as it can by offering to defend even more small countries in NATO. Let’s hope its repeated humiliation of Russia will not end in a horrendously devastating war, as it did with Germany.