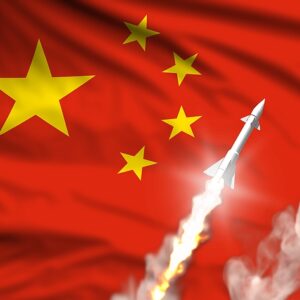 Thirty Years On, Arms Control Has Slipped off the Agenda

These days, it is hard to find much that’s stable in contemporary ‘strategic stability,’ the polite phrase describing the balance of nuclear terror. Thirty years after the end of the Cold War, global efforts must resume to prevent the proliferation of weapons that can never be ‘uninvented.

Just a one-time ‘tactical’ use of a nuclear weapon would completely transform the world. Yet new technologies and deteriorating relations with China and Russia are now raising the risks. Technical upgrading of nuclear weapons continues to ensure the weapons’ reliability; while this cannot be avoided, hugely de-stabilizing changes to the weapons’ delivery systems can and must be slowed.

Thirty years ago, in 1991, a newly-independent Kazakhstan shuttered a 18,500 sq km Soviet test site at Semipalatinsk which, since 1949, had conducted 1,100 nuclear tests – the equivalent of 2,400 Hiroshima-sized bombs.

Since then, and with U.S. help, Kazakhstan has remained focused on non-proliferation. Former president Nursultan Nazarbayev had defied Moscow’s wishes in 1991; five years later his country completely relinquished what had been the world’s 4th largest nuclear arsenal. Accession to the nuclear Non-Proliferation Treaty (NPT) has kept it on this path ever since, managing its two contiguous nuclear-armed neighbors, China and Russia, while staying on good terms with the U.S.

Consistent with this thrust, Kazakhstan recently launched the Global Alliance of Leaders for Nuclear-Free World, to rekindle the non-proliferation dialogue. A low-enriched uranium bank has been set up in Kazakhstan under the aegis of the International Atomic Energy Agency (IAEA). This ‘LEU bank’ has stockpiled 90 metric tons of low enriched uranium hexafluoride, a fuel for the most common light water reactor in use today.

Unlike the Trump era, the Biden administration wants strategic dialogue with China and Russia, especially as today’s competitive great power environment poses an inherent risk of conflict. The new delivery systems pose the most immediate risks; hypersonic vehicles can now glide to targets undetected by a free-fall trajectory. This opens the specter of a first-strike capability, the stuff of nuclear nightmares.

Working with the U.S. Defense Threat Reduction Agency, the Kazakhs interact with China and Russia in ways we cannot. Kazakhstan’s outreach includes interaction with European nuclear agencies, with Japan, and with the IAEA.

Naturally, monitoring civil liberties and governance will also figure in any US relationship with Kazakhstan, or the other countries now adjusting to the Taliban victory in Afghanistan. Weakening a key non-proliferation partner makes little sense, especially with declining ‘strategic stability’. There’s lots of room to discuss secondary issues with Kazakhstan but preventing nuclear war still tops the list.