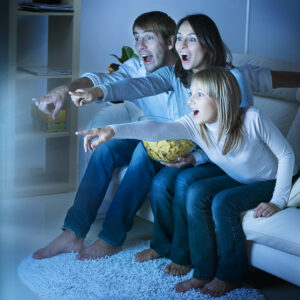 This is Not a Review of the Snyder Cut

Good news for movie buffs: 98 percent of AMC Theatres nationwide are now open to the public. I could not be more relieved. After watching movies exclusively at the Brunson household for a year, I’m dying to get back in those theater seats.

When theaters were open, I was always willing to risk an evening on a movie that might be terrible. Sometimes, the only good thing about a movie was my hot buttered popcorn and the monstrous high-definition screen with surround sound that could shake my bones. The cinema experience was always a pleasure, even if the movie was bad. But for a year we’ve been deprived of this experience, leaving us with the question: Is it worth dedicating a few hours to watch a mediocre movie at home?

Recently, I fired up my home theater and watched the Snyder Cut of the Justice League. Like everyone else on the internet, the original version left me disappointed. But, to shamelessly borrow from Shelby of YouTube’s Girlfriend Reviews, this isn’t a review of Zach Snyder’s cut of Justice League. This is a review of watching a movie from my couch on Saturday instead of the Silver Screen where it clearly belonged.

If I’m going to sneak in a weekend movie, it has to be in the middle of the day. Too early in the morning, I risk waking the kids. Too late, and I fall asleep before the opening credits. If it’s a family-friendly movie, that’s not a problem, but Zach Snyder’s grimdark superheroes meant the kids were banished to the basement.

Immediately the protests started. Maxima screeched, “I’m old enough to watch a grown-up movie with you.” Media whined, “It’s not fair if Maxima gets to watch with you.” Then Minimus started crying because the other two were unhappy. It took 15 minutes of cajoling to get them calmed and downstairs with their own movie. Of course, I had to pay a price of popcorn and soda.

Finally, the kids were quietly happy as the Disney fanfare started playing. I looked at the clock. I was planning to start the movie 30 minutes ago. Better late than never. I fired up the HDTV, navigated to the Snyder Cut, pressed play, and … unending buffering. I had to reboot the router in the basement.

Of course, this made the kids’ movie stop, too. It took 10 minutes to get the router (and the kids) running again.

For 30 minutes, all was right with the world. Then the chaos began.

From downstairs, Minimus’s piercing tone: “Daddy! I went poopoo in the potty!” I hit pause and trekked once again down to the basement. Before I could make it back upstairs, Maxima and Media started arguing over the volume. I took the remote, arbitrarily set the volume to what I thought was a reasonable level, and threatened some nebulous doom should there be any more fighting.

That went on for hours. Daddy, can we have more popcorn? A blanket? It’s too dark! Too bright! The dog went crazy barking at delivery drivers, and the cat threw his food bowl into his litterbox because it was only three-quarters full. I made it to the last few minutes of the movie when my brood rumbled upstairs. After another 15-minute interruption, I finally watched the closing credits.

What was it like watching a first-run movie on the couch that was made for the silver screen? It was kind of like binge-watching a Netflix series, except the breaks were unscripted, and I never really got immersed in the story. There was no spectacle. I missed details. The music and sound were muted.

In short, it wasn’t cinema.

In some ways, the pandemic ushered in a Golden Age of entertainment. Short-form video entertainment couldn’t be better. But movies? The pandemic has been nothing short of a disaster. Massive projects are on hold, some indefinitely. Movies that do make it to the silver screen suffer from disastrous proceeds. Others end up on streaming services without any run, leading to a shallow experience far different from the director’s vision.

The pandemic seems to be lumbering toward an end. Although my local Regal remains closed, I’m heading back as soon as I can. I hope movie-loving consumers do the same. Movies may survive on the small screen, but if we don’t all head back to the theater soon, we’re going to lose cinema.