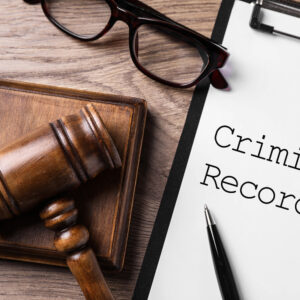 Thousands of Texans Would Benefit from a “Clean Slate”

Posted to Politics March 25, 2021 by Jesse Kelley and Chris Harris

A Texas coalition comprised of advocates, faith leaders, and the business community recently announced support for legislation that would automate and expand record clearing eligibility for those with criminal history records. Right now, over 726,000 Texans face barriers to employment, housing, and education due to a criminal record. While felony convictions carry the most significant stigma, even a minor record can be a life sentence to poverty, especially in the digital era, with nearly 9 in 10 employers, 4 in 5 landlords, and 3 in 5 colleges now using background checks to screen applicants’ criminal records.

Currently, Texas law provides for sealing a person’s criminal arrest records under certain circumstances through a process called nondisclosure. However, this process is costly and complex, rendering record clearing services inaccessible even to those who qualify. Due to this arduous process, one study found that only 6.5 percent of all eligible individuals receive an expungement within five years of the date they first qualify for one.

During the kickoff event for Clean Slate Texas, Arianna Mellinger described her experience with the current recording clearing process. She said, as a justice-involved young person, “if [she] were left to fend for herself, [she] would not have been able to afford to hire an attorney.”

To ensure eligible individuals can obtain record clearance, regardless of their ability to hire a lawyer or navigate a complex clearing process, states are implementing a policy known as “clean slate.” This approach harnesses automation to clear qualifying records for people who have completed their sentence and remained crime-free for a certain amount of time.

Indeed, states across the country are making significant strides to free people from these paper prisons and enable people with records to access valuable resources and secure basic needs to provide for their families and rebuild their lives.

Furthermore, in the last month, Delaware, Oregon, and New York announced the launch of clean slate campaigns, joining North Carolina, Louisiana, Connecticut, New Jersey, and several other states already advancing Clean Slate measures. The bipartisan momentum for second chance policies like Clean Slate could not come at a more critical moment. With Texas still reeling from the unprecedented winter storm and the fallout of the COVID-19 pandemic, recovery for all Texans is paramount.

Expanding and automating criminal record clearance for eligible Texans can provide directly-impacted individuals with a second chance to thrive. Offering a “clean slate” can rebuild a crippled workforce, support economic recovery, increase public safety and preserve the American dream for everyone and not just a few.

Jesse Kelley is a National Campaign Manager for the Clean Slate Initiative. Chris Harris is director of Texas Appleseed's Criminal Justice Project and a Public Safety Commissioner representing District 1 in Austin. They wrote this for InsideSources.com.