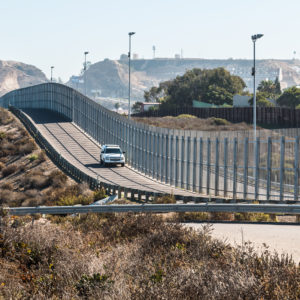 The Threat From Terrorism and Human Trafficking in Latin America

Hypothetical, if unproven, scenarios often dominate the storyline of possible collusion between organized crime and jihadists in Latin America. But the growth of illicit networks and successful human smuggling operations poses a known and immediate threat to U.S. national security.

The fluidity of these networks, however, poses a problem for counterterrorism and interdiction efforts. Navy Adm. Kurt Walter Tidd explained that “what’s true about (a network) today … isn’t necessarily true tomorrow.”

Understanding the complexities of the international connections linking organized crime with terrorist organizations can be confusing since they remain in constant flux, he said.

Terrorism expert Douglas Farah offers a more static picture of networks, breaking them down into three essential elements: fixers, super fixers and shadow facilitators. Local fixers are business elites that profit from connecting seedy organizations to otherwise difficult-to-penetrate local financial networks, while the super fixers do something similar on a regional or global scale. The shadow facilitators, Farah writes, specialize in moving weapons and commodities, in addition to having access to fraudulent documents and money-laundering services.

Networks rely on these outsourcing operations. And that outsourcing has provided lesser-known actors capabilities once generally reserved for nation-states. This makes a relatively inexpensive operation, like human smuggling, accessible to virtually anyone. The small-time Islamist thousands of miles away now becomes a significant threat.

The problem for U.S. security is that networks in Latin America specialize in human smuggling and have known connections to countries of concern in the Middle East.

According to the Arizona attorney general’s office, a disproportionate amount of wire transfers come from the Middle East or from individuals with Middle Eastern names to specific border cities in Mexico. The majority of wire transfers arrive in Tapachula ‒‒ a city on Mexico’s southern border and a major hub for human smuggling. The second-highest amount goes to the northern city of Nogales, just over the border from Arizona. Neither city appears to have a notable immigrant population, which might otherwise warrant such significant transactions.

In August 2014, four Turkish men who claimed to have ties to terrorist organizations were detained after crossing the border into Texas. The four flew directly from Istanbul to Mexico City, and a Turkish-speaking contact sheltered them in a safe house for a month before their cross-border transit into Texas from Reynosa, Mexico. Each man paid a mere $8,000. Putting that cost in perspective: Hezbollah operatives have laundered as much as $200 million a month in cocaine revenue for some Latin American drug cartels.

Judicial Watch sources reported in 2015 that cartel associates had willingly and knowingly smuggled ISIS members through the weakly manned corridor between Acala and Fort Hancock, Texas. ISIS member Mahmood Omar Khabir ‒‒ a former al-Qaeda instructor expelled from Kuwait for extremism ‒‒ claims to have traveled back and forth across the border from his hideout in northern Mexico near El Paso to scout targets with the help of the Sinaloa Cartel.

The confusing overlaps between criminal and terrorist activities within the networks create uncertainties of jurisdiction for the military and law enforcement. Trying to stop the range of illicit activities of one criminal organization should change to emphasizing a specific type of operation. The U.S. government could concentrate on human smuggling in Latin America and counter the activity rather than the actor.

To supplement this strategy, the U.S. government could adopt a version of Drug Enforcement Administration Chief of Operations David Braun’s idea of helping Latin American countries craft powerful conspiracy laws. The Racketeering Influenced and Corrupt Organizations Act proved successful in taking apart the once impenetrable American mob because it allowed prosecutors to try organized crime leaders and associates for ordering or facilitating a criminal act, regardless of whether they personally committed the offense.

The U.S. adversaries who have infiltrated Latin America have proven capable and willing to move people into position to attack American communities. For that reason, human smuggling should be a priority.