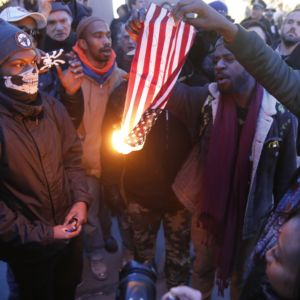 I viewed an early screening of the movie “Gosnell: The Trial of America’s Biggest Serial Killer.” One of the producers prefaced the movie by stating: “This is not a movie advocating one way or another about abortion in the U.S. By design, the movie was made with a general audience in mind — so twelve-year-olds can watch. There is no blood or dismembered fetuses or newborns.”

How could this be? After viewing this startling film, I believe she is right.

Everyone above the age of reason should see it — if you can find it in a theater, as a movement is afoot to neglect the film. Whether for or against abortion or indifferent to the socio-political struggle, the movie demonstrates how a society’s contentious issue can chill government agencies’ willingness to do their basic job — to protect our person.

The movie chronicles how a state public health department and a city’s police department broke the social contract, i.e. to protect our safety and health. State health department officials neglected to inspect the abortion clinic for years, even when serious problems were reported to them. Philadelphia police officials did not act on a woman’s suspicious death at the site. The district attorneys proceeded gingerly once the House of Horrors was searched.

The movie also reveals how the media chose its personal ideology over the principle of being a responsive and responsible press, by not covering the Gosnell trial and its aftermath.

What came to mind after seeing the movie was the query and quick response by Publius in Federalist Paper 15: “Why has government been instituted at all? Because the passions of men will not conform to the dictates of reason and justice, without constraint.” While much is made in the Federalist about “the consent of the governed,” at some point we must allow governments at all levels do their job.

Abortion doctor Kermit Gosnell is not alone in keeping government agencies at a distance, when clear and present wrongdoing and threats take place. Recently, police in Portland, Oregon, stood down as a group of “protesters” took it upon themselves to direct traffic. They profiled drivers and harassed those whom they believed were the cause for their socio-cultural ills and not in line with their policy preferences.

University of North Carolina at Chapel Hill students lost patience with university administrators deciding on what to do about a controversial civil war statue on campus. Just before classes started this year, a group of “rallying” students became the makeshift wrecking crew to the fate of the statue. Campus security passively watched as students toppled the statue, and stomped, spat and sneered at “Silent Sam,” who stood for over 100 years.

During the recent two Supreme Court appointment hearings, protesters ramped up their understanding of petitioning the government by haunting Capitol Hill. The hearings had delay after delay and left the sergeants-at-arms wondering what should be the new norm for order.

Elected officials at the federal and state levels have become confused as to what branch of government for which they work, when they speak ill of workers in our Immigration and Customs Enforcement agency. ICE agents investigate and enforce hundreds of federal statutes, all of which have some bearing on the health and safety of U.S. citizens and not the least of which are intercepting potential terrorist attacks. Emboldened protesters responded by “shutting down” ICE offices in several major cities, which are prime target areas for mass terrorist attacks.

Direct and growing implications by public and clandestine protest groups that our current administration is led by fascists is ironic, given these groups aim to  get what they want by fear and suppression and often against actors who undertake a fundamental function of government. Such actions by these groups are a form of reverse fascism.

Admittedly bashing the bureaucrats as inefficient, sluggish, insensitive and unable to deviate from the rules and regs when reason should prevail in serving the citizens is common.  However, chilling government agencies in their ability to serve the citizens in the most basic manner of protecting our health and safety jeopardizes our constitutional goal to “insure domestic tranquility.”