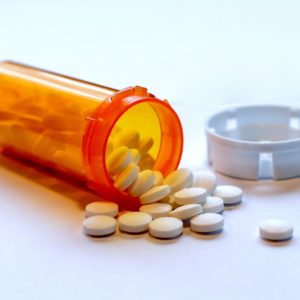 Three 2020 Resolutions for Washington on the Drug Epidemic

The opioid crisis continues to tear at the fabric of American society 14 months after widely supported bipartisan legislation was signed into law by President Trump. Some progress has been made, though much more is needed. And without near-term action from Washington, the situation could get worse.

According to the Centers for Disease Control and Prevention, drug abuse deaths have declined 4.7 percent from 2017 to May 2019, yet the numbers remain staggering. For the 12-month period that ended May 2019, CDC reported 67,071 deaths compared with 70,237 deaths in 2017. Opioids are involved in two-thirds of drug abuse deaths, taking more lives than car crashes or shootings.

Many solutions are required including reducing needless opioid prescriptions and strengthening treatment programs. There is also a vital international law enforcement component. The U.S. Department of Justice reports, “China is the principal source country of fentanyl-like substances and other synthetic opioids, producing most illicit fentanyl and fentanyl-like substances that reach U.S. users.”

To tackle this, Washington should promptly do the following.

—Enact Legislation Banning Fentanyl Analogues by February 6. There is a loophole in federal law by which drug traffickers can make minor structural modifications to fentanyl and potentially face lower penalties than if they imported, distributed or manufactured the base drug. In 2018, the Department of Justice addressed this, implementing an emergency order that treats trafficking in copycat products the same as trafficking in fentanyl. The order, issued under the Comprehensive Crime Control Act of 1984, expires on February 6, 2020.

The best way to address this issue is for Congress to enact legislation by February 6 that removes any doubt that Justice can permanently make such classifications. The Justice Department warned the Senate Judiciary Committee on June 4, 2019, that without legislation, “the Department would enter unchartered legal and regulatory terrain. It is unknown whether a newly encountered fentanyl-like substance, having just been allowed to lapse from the class scheduling regime, could later be quickly subject to temporary control.”

—Full Court Press to Immediately Inspect China’s Mail. A central provision of the 2018 drug legislation is a requirement that all incoming mail and packages from China, effective January 1, 2019, have advanced electronic data (AED). This information, which includes the sender and recipient’s address and the declared contents, enables suspicious mail to be identified and seized more quickly. However, 15 percent of mail and packages from China still do not have AED.

As part of continuing trade and other discussions, the Trump administration should press China to make sure that its postal service, China Post, has AED on all out-bound U.S. mail and packages. This is the most direct and clear way to ensure compliance.

—Push for More Stringent International Mail Standards. International mail standards are set by the Universal Postal Union, which is affiliated with the United Nations. This past September the Department of State and Peter Navarro, the president’s director of trade and manufacturing policy, secured a major victory at the UPU based on an eminently fair request: that foreign shippers will pay the same as U.S. ones for the services of the U.S. Postal Service.

Building off this, the United States should push for stringent AED and customs standards at the UPU when the organization holds its annual four-year conference this August. AED technology is readily available to ensure better postal inspections. And, with drug traffickers likely to improvise and use additional shipping points than China, such an international agreement is timely.

The fight against opioids and drug abuse deaths requires many actions and vigilance. At this time of year especially, it is important to renew resolve on this important fight.