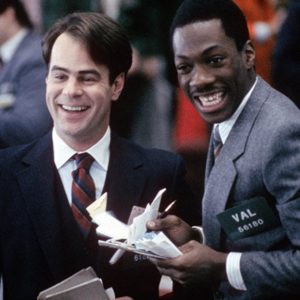 Three Ideas to Advance in 2019

I disagree with the statement that our country has never been more divided.

The United States has weathered serious divisions previously, the Civil War and the challenges of the 1960s being just two. President George Washington was actively undermined by his secretary of state, Thomas Jefferson, because of going disputes with Treasury Secretary Alexander Hamilton.

Differences aren’t new. But today, it appears that people take disagreement as disrespect. The instantaneous response cycle both amplifies and stifles discussion in a way we may not have seen before. With a new year upon us, how do we look ahead when there is so much bitterness looking back?

First, both personally and within our organizations, we can commit to moving forward, embracing change, and unshackling innovation. Institutions tend to squash things that are good for them. “We’ve always done it this way” is not the answer. When leadership gets bogged down, esprit de corps and morale are jeopardized. When leadership fails, and managers take over, followers hunker down and wait for better days. That’s why I admire Mary Barra at General Motors. Her recent tough decisions are a bet to keep the company a global contender in the years ahead.

Second, this is the time for us to show courage and be bold. Having courage does not mean avoiding fear; rather, it is about managing fear. Brave leaders go to uncomfortable places, particularly in the pursuit of purpose. As leaders, we should be mindful of the adage widely credited to Dean Martin: “Good judgment comes from experience. And experience? Well that comes from poor judgment.” Not everything will be a success. When we learn from our experiences and try even harder the second time around, we illustrate courage and boldness.

Finally, it’s time to build relationships and trust. I say this not because of politics, but because opportunity exists. Our economy is strong. Technology makes our lives easier and more efficient. New employees from different generations are joining the workforce. Let’s be opportunists taking advantage of these factors. It’s time to take risks — and who better to collaborate with than those with whom one already has a relationship and trust.

I suggest that 2019 is the time to be disruptive by rejecting a paradigm of negativity. We can and should embrace discourse and discussion, recognizing that organizations thrive when new ideas and conflict are embraced. Rather than being a personal attack, divergence and origination make us better.

Thirty-five years after it debuted, I still find relevance in the very untraditional Christmas movie “Trading Places.” Like Eddie Murphy’s character Billy Ray Valentine, we all have the opportunity to make ourselves over. And, similar to Dan Aykroyd’s Louis Winthorpe III, we get myriad chances throughout our lives to change and better ourselves.

If we don’t like what we’re doing, what better time is there to take advantage than a new year? We don’t have to accept where we are right now. We can trade places with the person or organization we aspire to be. This is the time to embrace new ideas, step out, take a risk, and lead the way through an environment of trust.